City Guide about Ottawa with tips and reviews by travelers. 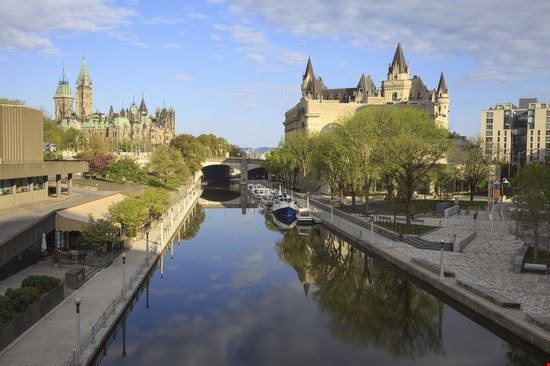 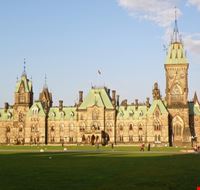 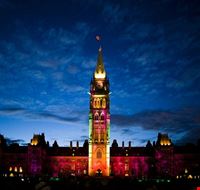 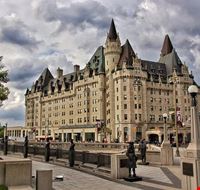 GuidePdfAppDownloadRow-GetPartialView = 0
Ottawa, the capital of Canada, is the country’s fourth largest city. Rich in culture and heritage, Ottawa has a population of over 1.2 million. It receives over 7 million visitors annually and is known for its excellent lifestyle.
Ottawa is characterized by a continental climate. It ranks seventh in the coldest capitals of the world. Winters are largely dominated by snow while summers are warm and short. Spring and fall vary considerably, owing to the unannounced changes in weather.
Ottawa has grown culturally with new museums and art galleries coming up periodically. It is a centre for research and development which enables its economic growth. Tourism also plays a major role in the economic scenario.

Overall Guide : The Rideau Canal is one of the most popular tourist destinations as it hosts numerous events and musical concerts. It holds a place in the Guinness Book of Records as the largest skating rink in the world. Winterlude is an annual... more festival held in winters which features activities like ice and snow sculpting, skating, etc. A major event held annually in Ottawa is the Tulip Festival. In addition to beautiful tulips being displayed throughout the city, the event also has art exhibits and music concerts for the visitors. Music lovers can revel in the performances offered in the Ottawa International Jazz Festival. Held in summer, it features various artists and performers at their best.

Overall Guide : I was in Ottowa back in 1974, things were so cool so nice and people were all happy. There was a bar called saddle back I use to go on friday nights,to party and few drinks, what place to meet... more those good looking girls. I had my first lovemaking whit american girl in ottawa and she is my wife now its been 39 years. I like to go back there and spend the rest of my life there, but she dosen't like the idea of moving there she likes it here in San fran.

Overall Guide : Nice place, the people are helpful, affordable not so expensive everything got easily, people welcome warmly, everything is best about the place we will get easily transportation, hotels, first aid fecilities. In fact study in canada is much better than... more others

Overall Guide : I think that Ottawa also known as the capital of Canada is a wonderful place to visit. Going there with my family was like an adventure. The people are very helpful. There are many commercial services such as the shops.... more Things there are not expensive to buy. Infact i think that living in Canada is a life much better than any countries in the entire world. So start life afresh in Canada. my best wishes and regards to you all. thanks.
Not to be missed The Ottawa Senators , Canadian Museum of Contemporary Photography , An excellent public transit system and discount

Overall Guide : Very nice staying in the city of Ottawa. The parks, the river, the parliament and museums are very interesting. The comercial centers are very nice and confortable, and the location of the rideau center is formidable. The people are lovely.
Not to be missed the parliament hill , carleton university , the lake