×
Notice
This website or its third-party tools use cookies, which are necessary to its functioning and required to achieve the purposes illustrated in the cookie policy.
If you want to know more or withdraw your consent to all or some of the cookies, please refer to the cookie policy.
By closing this banner, scrolling this page, clicking a link or continuing to browse otherwise, you agree to the use of cookies.
To accept | Read more
Whistler
The whole website**

City Guide about Whistler with tips and reviews by travelers. 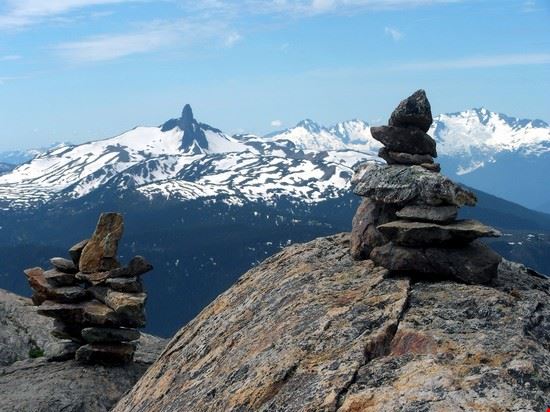 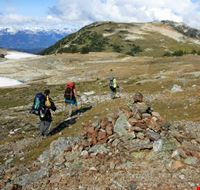 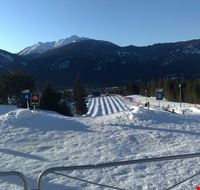 GuidePdfAppDownloadRow-GetPartialView = 0,0030025
A resort town in British Columbia, Whistler has been among the finest destinations in North America for a long time. With a population of around 9,900, Whistler receives over two million visitors every year. Time and again it has been voted as the best ski resort in North America.
The climate in Whistler ranges from marine to continental. It experiences warm, dry summers and cold, wet winters. Winter tourism is rampant with average snowfall being 14 feet. Summers bring with them a much sought after opportunity to sight a bear.
Historically, Whistler had no infrastructure, electricity or proper roads. The situation changed when it was explored as an option for a ski resort and finally opened to the public in 1966. Logging was one of the major occupations in Whistler.

Overall Guide : Whistler is located in the Coast Mountains of British Columbia; this spectacular town is popularly known as the best Resort Town in North America. The town has two beautiful ice covered mountains with Glaciated peaks which make it the Ideal... more place for Skiing and Snowboarding, Hiking and one of the best destinations for Mountain Biking. The town is blessed with the scenic beauty; the view from the top of the Mountains is incredible. To enjoy this lovely view I would suggest you to try Peak 2 Peak Gondola, which is a beautiful sky lift that takes you all over the town and you can see the beautiful landmarks from the top. For Adventure lovers there is a place called as Whistler Bungee, I bet you will enjoy the Bungee Jumping here. Whistler Mountain Bike Park is a good place for Mountain biking and biking trails. There is just so much about the town that you just cannot forget. It’s worth the trip.
Not to be missed Peak Gondola , Mountain Bike Park , Whistler Bungee

Overall Guide : Whistler is a four-season destination. With its wonderful scenic locations, it is a treat to the eyes. Interestingly, Whistler would be hosting the 2010 Winter Olympic Games due to its recognition as a ski resort. Mountaineering and nature tours are top... more activities in Whistler. Apart from that, Whistler’s nightlife is well known for providing a good time with some pleasant music. In the entertainment arena, the Telus Festival is recommended for its ski contests, live concerts and art exhibitions. Whistler-Blackcomb, the two-mountain ski resort, is popular with the tourists. It offers many different activities. It also provides many adventures and play zones for children to enjoy. The Coco-Cola tube park is also famous for its night-skiing.
IntroReviewListContainer-GetPartialView = 0,0120116