City Guide about Bremen with tips and reviews by travelers. 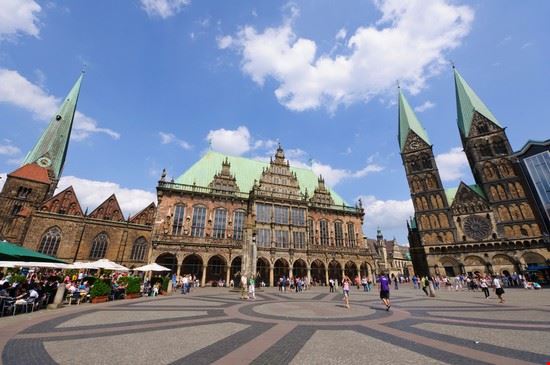 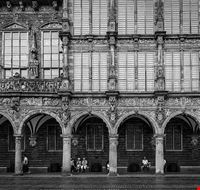 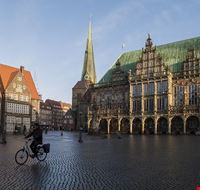 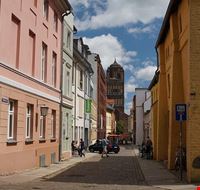 GuidePdfAppDownloadRow-GetPartialView = 0
Bremen is located in the northwestern side of Germany in Hanseatic League. This port city lies on the banks of the River Weser. This town belongs to the Bremen State along with the other town named Bremerhaven.
According to the 2005 census, the population of Bremen is approximately 545,983 people, making it the second largest city in North Germany. In around 150 AD, the city and surrounding area was occupied by the Chauci tribe.
Now the city is the hub of several high end technical industries of Germany. This is a major base for the manufacturing of German space technologies. Besides this, Bremen is a well-known cultural center in Germany.
It regularly hosts the Freimarkt or the Free Market festival. This is one of the oldest festivals in the world. Bremen experiences a temperate climate. Hence the summers are warm and winters are colder. Christmas is the best period to visit this city, though the town is crowded at that time.

Overall Guide : The German town Bremen has lots of things to offer to the visitors. One can start visiting the town from the Bremen Town Hall. It is a historic site with great architectural styles. It features a magnificent gothic architectural style. ... more It was constructed from 1405 to 1409. It has been listed in the World Heritage Site by UNESCO. St Petri Dom or St. Peter's Cathedral is the religious site in the town. This cathedral features an enchanting structure with unmistakably beautiful ceiling and arches. The lower basement of the cathedral contains 8 mummified bodies. Check out the 99 meter tall twin-towers of the church. Kunsthalle Bremen is the art museum in the town. Get a glimpse of Bremen's history at the Focke museum. Gerhard Marcks Haus is the historical home of the German Sculptor, Gerhard Marcks. Ubersee Museum is a specialty museum in Bremen. Tourists who like gambling can visit the Bremen Casino.

Overall Guide : It's a clean and cosy city, the public services are impeccable. Transport is punctual and there are good connections to the airport and other cities in the country. Good universities and good services for students. In autumn and winter the... more sky is almost always overcast, on the contrary, there are some sunny springs and mild summers. It's a nice place to visit.

Overall Guide : Very good cheap tram and bus system, buses run all night. Dining out is varied and generally very good value for money. Night life is vast for such a small city, something for everyone if you're willing to look around... more and be a bit adventurous.
Not to be missed Böttcherstraße , Schnoor , Schnoor

Overall Guide : It's small, but very beautiful and traditional, though not very well-known. Very neat and clean. It's one of the few cities in Germany that remained almost intact after the war. I recommend going during the Christmas market to soak up... more the Christmas atmosphere
IntroReviewListContainer-GetPartialView = 0,0156267