City Guide about Hannover with tips and reviews by travelers. 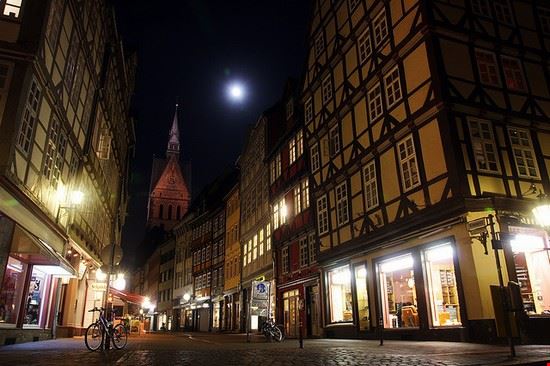 GuidePdfAppDownloadRow-GetPartialView = 0
Hannover is situated in the centre of Germany along the river Leine. Today, this city of approximately 515,000 inhabitants is most famous for hosting some of the largest international trade fairs and expositions.
Hannover has a mild climate with frequent rainfall. Summer is the best time to visit; the temperatures in July and August are the highest with an average of 25°C. The temperature tends to hover around 5°C during most of the winter season.
Hannover had humble beginnings as a fishing village, but it soon transformed into a thriving medieval city. The city prospered first under the French and later, under the British rule. The city’s growth was rapid until it became another casualty of World War II; more than two-thirds of the city was destroyed.

Overall Guide : Hannover is primarily a commercial city, but it has quite a few interesting structures—some still standing from its illustrious past and others now restored. The main square, Markplatz, is flanked by two of the oldest structures in the city: the... more Market Church, a Gothic-styled building made out of bricks, and the Rathaus, the town hall, which displays some of the memorabilia from the old city that survived the destruction. The Great Garden of Herrenhausen with its manicured lawns and ornate décor is at its best in summer. It has one of the highest fountains in Europe and a theatre setting where plays and concerts are held during summer. The Sprengel Museum houses the work of the masters of modern art; the Wilhelm Busch Museum displays the work of the artist and also has a well-stocked library. The Buckeberg Castle is still the residence of the royal family, but the castle chapel and some rooms are open for public viewing.

Overall Guide : This time I would like to welcome you to a beautiful city named Hannover located at Lower Saxony in Germany. I found this city to be more like an island, surrounded by sea all over the city had an incredible... more view. Not many people here speak English; however the one who interacts with tourist has to know the language. I started my day by taking a walk in the downtown. I saw a lot of shops and restaurants with the antique architecture. I was surprised to see the mountains and the sea flowing in the middle of the creek. Truthfully I found this a city a land of distinctions. There are lot of places to explore; I found a lot of people enjoying a cycle ride in the natural legacy of the island. Though the city small, but it has numerous luxurious hotels to stay. I was staying at a hotel with a view of a lake, river and sea. A perfect holiday destination.
Not to be missed Elbe River , Steinhuder Meer Lake. , Lower Saxony Wadden Sea National Park

Overall Guide : I think that the question of how hannover compairs to other Germancity in terms of 'language use' isnoteworthy. It is claimed than thepeople of Hannover speak the best 'HOCHDEUTSCH'. Their original 'PLATTDEUTSCH' (flatland German) is as good as extinct. My... more guess would be thatHannover's historic royal link to England (until 1866) is the reason.(difference between language use ofthe 'elitis' class and the 'common folk' ?
Not to be missed Zoo , Herrenhausen Gardens , Rathaus
IntroReviewListContainer-GetPartialView = 0,0312498
AdvValica-GetPartialView = 0
AdvValica-GetPartialView = 0