City Guide about Aurangabad with tips and reviews by travelers. 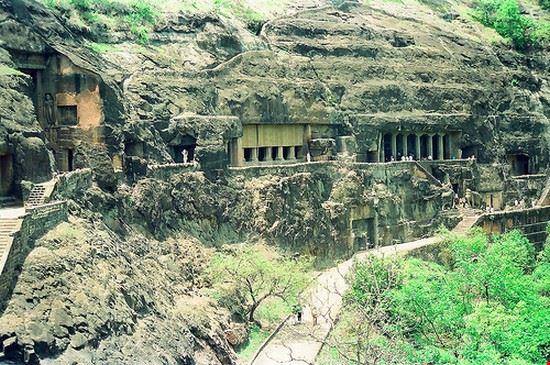 GuidePdfAppDownloadRow-GetPartialView = 0
Aurangabad is a city in the state of Maharashtra.
The city is named after the Mughal Emperor Aurangzeb. In Persian, Aurangabad means “built by the throne.”
As there are many gates in this city, it is called as “City of Gates.”
The city is encircled by hills on all the sides.
The annual temperatures in this city vary from 9 to 40 °C. The minimum temperature of this city so far is 2 °C and the maximum is 46 °C. In winter, the region near Aurangabad is at times affected by the cold waves and the temperature drops to around 4 °C.
From June to September, there is rainfall due to monsoon. The average yearly rainfall is 725 mm.
The population of Aurangabad in 2006 was almost 1.4 million.

Overall Guide : Among the best places to visit in Aurangabad, the Grishneshwar Temple is probably the most important one. Grishneshwar Temple is situated in the Verul village and is 11 kilometers from Daulatabad, which is near Aurangabad. It is one of the twelve... more Jyotirlingas (prominent temples) of Lord Shiva. Grishneshwar is also called as Ghushmeswara or Kusumeshwara. The temple is built from spotted red sandstone. There are sculptures of several Indian gods like Ganesh, Vishnu, Bhrama, Shiva and Parvati. Ajanta caves are a World Heritage site. These are cut on the rocky sides of a crescent-shaped gorge. Near the head, there is a waterfall that flows above the mountain rim. This waterfall flows over seven steps into a pool called as the Saptakund. The Ajanta caves date back to the 2nd century B.C. Inside the mountain, the Buddhist chaitya-vihara prayer and monastery caves can be seen. There are many murals that portray the life in ancient India. Ellora caves are also a World heritage Site. These were constructed between the fifth and eighth centuries A.D. There is a monolithic Kailasa temple, which is an architectural marvel. There is a Buddhist Vishvakarma chaitya and vihara. The Jain cave is known for the impressive Yakshi statue and paintings on the ceiling. The Daulatabad Fort has several monuments like the Chini Mahal (Chinese Palace), the Elephant Tank, the Chand Minar and the Bharat Mata Mandir. The fort was the capital of the Delhi sultanate under Tughlaq.

Overall Guide : Aurangabad is well known as historical place with many of the historical places around... Aurangabad caves, ajanta & elora caves, bibi ka makbhara, dalutabad,... for a trip it is a good place with the proper information of the city and... more the near by areas you can enjoy your trip. For immigrating in Aurangabad is also a good option as it a developing city, the people with an intention to work and earn can find best opportunities, but the work courage is needed. Thank you.

Overall Guide : It is very good city all the religes living together, happy people are very good, they respect all the community to live togather and out side of any other state people also wellcome widly by the help of all mighty... more Allah.
Not to be missed bibi ka mukbra , Colleges , Ellora Caves

Overall Guide : Aurangabad city is most popular for historical place and we are so lucky because Mini Taj Mahal in our city, copy of Agra Taj Mahal and in Asia is no 1 city because very few in time a lot of... more success and very broad city in India.

Overall Guide : Aurangabad city is nice city. It have many historical places. There are many histrocial places and a famous university and also a board is there.
Not to be missed Daulatabad Fort , Daulatabad Fort

Overall Guide : This is very very beautiful city of India. The people of this city is very good. We live here without any problem. Plz come here and enjoy Aurangabad.

Overall Guide : Hotel vits in Aurangabad and its caves of Ajanta and Ellora as well u should buy books of Auranga bad, out there if u will go once there u will be willing Togo again.
Not to be missed do shopping in himroo shawl factory , Ajanta Caves , Ellora Caves
IntroReviewListContainer-GetPartialView = 0,0156263