City Guide about Riccione with tips and reviews by travelers. 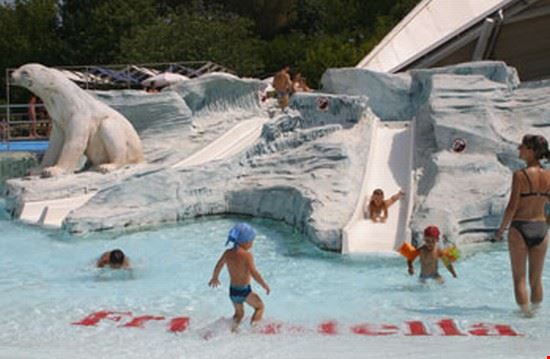 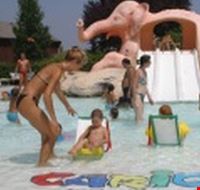 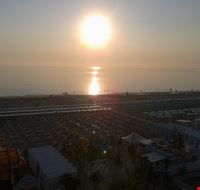 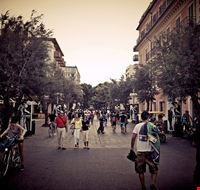 GuidePdfAppDownloadRow-GetPartialView = 0
Riccione is located along the Adriatic Sea on the eastern coast of Italy. This town of approximately 34,500 inhabitants has been titled the ‘Green pearl of the Adriatic’, owing to its lush green surroundings.
The climate of this region is largely affected by the Adriatic Sea and can be visited anytime of the year. The sea breeze has a cooling effect on the summer temperatures keeping them at an average of 21°C. During winter, the temperatures do not drop below 10°C, but there is a fair bit of rainfall.
For many years, Riccione was a sleepy village on Italy’s eastern coast like several others. It was in the 1930s when Mussolini bought a villa here that the village was instantly elevated to international fame. Since, it has developed into one of the most important holiday resorts of the region.

Overall Guide : Nestled beside the Mediterranean Sea under the Rimmi Province, Emilia Romanga region, Italy one can experience the city of Riccione. It’s a Classy place and is privileged one too cause it’s a favorite vacation spot for many well-known personalities and... more it also attracts many domestic and international travelers as well. It offers you with excellent accommodation with all the basic amenities. This place is very famous for its nightlife which attracts young generation in large number. The best time to visit this place is in month of summer as there are many beaches where you can enjoy during summers, can go for various water sports activities and can relax on the seaside with awesome picturesque of Mediterranean. One can enjoy delectable seafood and lucisious Mediterranean which is served by various Eating Joints. Cycling is the popular recreational activity among the domestic population. There many themes park where you can spend your leisure time.
Not to be missed Introduction , Playa del Sol

Overall Guide : Riccione does boast of a few structures of historical importance. The Mussolini Villa is the structure which garners the most interest in the town. It used to serve as a residence for Mussolini’s family and their guests. Now, it is... more a unique museum dedicated to tourism, the first of its kind in Italy. The Museum of Territory traces the development of the region with the help of several artefacts dating back to the prehistoric times; bones of animals, which are thousands of years old, are also displayed here. The Agolanti Castle is one of the oldest manor houses of the city. Riccione houses three theme parks: the Oltremare, which is mostly educational, the Aquafan, which is a fun water park, and IMAX, a 3D cinema. The Riviera and the city centre are the hubs of all town activities especially for the younger visitors and thrive with an active nightlife.
IntroReviewListContainer-GetPartialView = 0,0156258
AdvValica-GetPartialView = 0
AdvValica-GetPartialView = 0