City Guide about Trieste with tips and reviews by travelers. 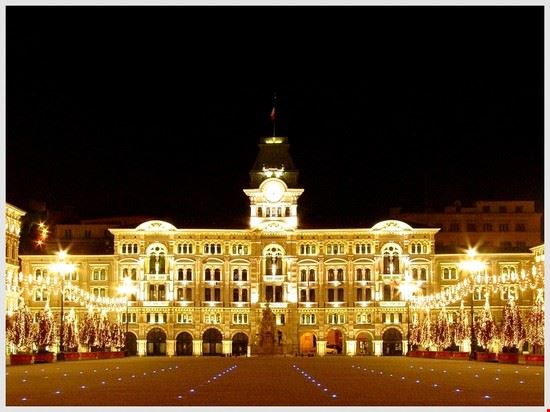 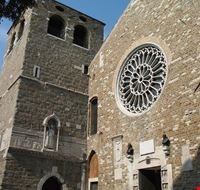 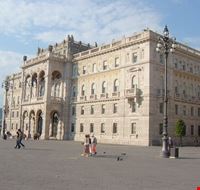 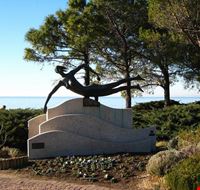 GuidePdfAppDownloadRow-GetPartialView = 0
Trieste can be described as a port and city located in north-eastern part of Italy; adjoining Slovenian border; that too, towards the South, East, and North.

Trieste stands at head of ‘Gulf of Trieste’ on Adriatic Sea. All through its history, Trieste has been quite influential in terms of its ‘geographic position’ at crossroads pertaining to Latin, Germanic, and ‘Slavic’ culture. It’s capital of autonomous area ‘Friuli-Venezia Giulia’ as well as ‘Trieste Province’.
From the year 1382, Trieste went on to flourish as a portion of Austria. In the year 1918, it became one amongst some seaports within the region called ‘Great Powers’ of Europe. However, after the First World War, its cultural and economic importance started declining.
Local transport has been operated by ‘Trieste Trasporti’ that goes on to operate a network consisting of sixty bus routes; apart from 2 boat services.

Overall Guide : Castle of MiramareThis castle had been constructed from 1856 to 1860 through one of the projects by ‘Carl Junker’ working under ‘Archduke Maximilian’.Gardens surrounding the castle make provisions for having set an outstanding beauty; that too, with a wide spectrum... more of trees; which had been chosen and planted upon Maxmilian’s orders, which make an amazing collection altogether.Features with regards to specific attractions in gardens are inclusive of 2 ponds, one of them has been noted for swans; whereas the other is noted for ‘lotus flowers’, a petite chapel where a cross is kept which consists of remains of ‘Novara’; i.e. flagship upon which Maxmilian, sibling of Franz Josef, an Emperor went on to set sail for becoming Mexico’s Emperor. This castle had served as HQ for TRUST force of United States Army. As such, the above-mentioned castle is amongst the most important monuments in Italy.

Overall Guide : Take a map of town and study it. There are so many places to visit. It is not a cheap town but is very beautiful and worth to be seen. It's very easy to travel by bus, the Italians are... more very organize regarding transportation. Visit Miramare, you will no regreat.

2
Attractions in the elegant city of Trieste
1 vote