City Guide about Belgrade with tips and reviews by travelers. 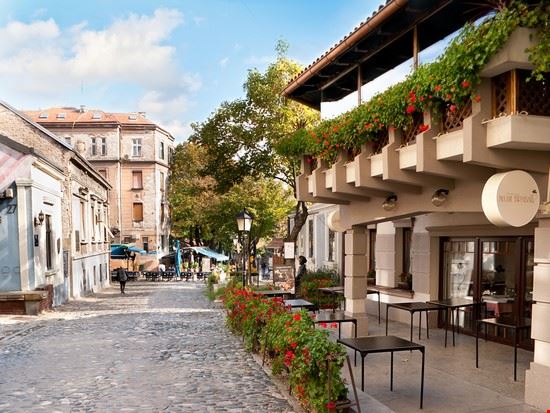 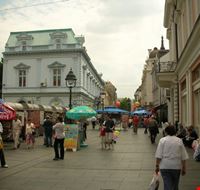 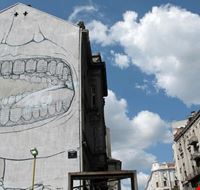 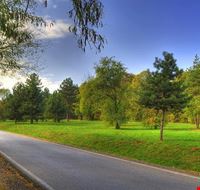 GuidePdfAppDownloadRow-GetPartialView = 0
Belgrade is the capital of modern day Serbia and Montenegro. It rests on the hills above the valley where the river Sava and the Danube meet towards the centre-north of Serbia.
The first settler of the territory of present day Belgrade date back to four thousand years B.C. and nearby Vinca is a prehistoric location with remains of prehistoric man (neolithic plastics).
The oldest known name for Belgrade is Singidunum, a compound word probably made of the name of the Dacian tribe called Singi and the Celtic word dunum, which means fortress. This interpretation is based on the belief that the name of the settlement came about when the Celts migrated here and mixed with the indigenous population.
The conquering Romans maintained the name of the settlement. With the division of the Roman Empire in 395, Singidunum passed over to the Eastern Empire and became Singidon.
In the 6th century, Slavs gradually started settling in the area. The stone built fortress rising above the rivers was dubbed Beli Grad (white city). The name Beograd is officially mentioned for the first time in 878 by Pope John VIII.
Between the 16th and 19th century Belgrade is referred to with various names in different languages: Alba Graeca, Alba Bulgarica, Bello grado, Nandor Alba, Griechisch Weissenburg, and Castelbianco. However, all these names are translations of the Slavic word Beograd.

Overall Guide : Kalemegdan is the nicest and the biggest park in Belgrade. It is also the most significant cultural and historic complex dominated by the Belgrade Fortress overlooking the Sava and the Danube. Kalemegdan Park has many monuments and ... more buildings such as The Military Museum, the "Cvijeta Zuzoric" art pavilion, the Belgrade ZOO, the Belgrade Cultural Monuments Protection Institute. There is also an amusement park, a number of sports fields and several restaurants. Monument to France (Spomenik zahvalnosti Francuskoj) The monument has been erected in 1930 as a symbol of gratefulness to France for the aid it had given Serbia in World War I. It was designed by Ivan Meštrovic. Memorial of the surrendering of the keys of the Belgrade Fortress (Spomen obeleje predaje kljuceva Beogradske tvrdave) It is located at the place where, in 1867 the Sultan's order was read stating that the Fortress had to be turned over to prince Mihailo Obrenovic and to the Serbian Army. The Belgrade Fortress stands on the hill overlooking the mouth of the river Sava. It was gradually built, torn down and rebuilt from the first to the 18th century as a fortified defence complex. Today the Fortress is a specific museum of Belgrade history.

Overall Guide : Special, quirk, catchy and full of emotions. I have been in Belgrade several times and I am always excited to go back. The city offers culture, cuisine, entertainment, recreation and a lot of other things to do. Do not miss Ada... more Ciganlija, River clubs on the Sava, BIGZ (live jazz music), a dinner in Skadarlija :-)
Not to be missed Nikola Tesla Museum , Kalemegdan , Ada Ciganlija

Overall Guide : The most exciting and vibrant nightlife in Europe. Safe streets, day and night. Excellent location from which to reach Budapest. Excellent food, music everywhere. Transport is not very good but really cheap.

Overall Guide : Wish I could've visited this city when I was younger. Very enjoyable and full of life. Lots of places to dine and wine.
Not to be missed Kalemegdan , Ulica Knez Mihailova

Overall Guide : Very nice city. If you want to have a good day, come in Belgrade.