City Guide about Durban with tips and reviews by travelers. 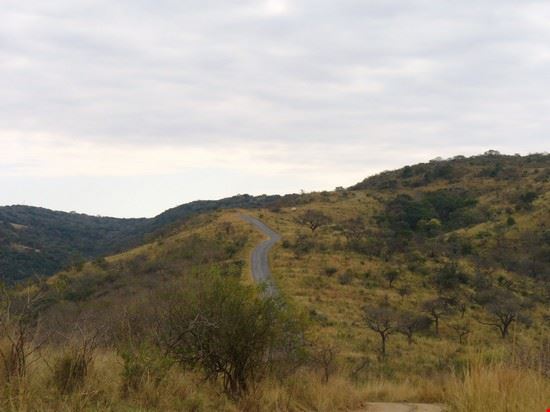 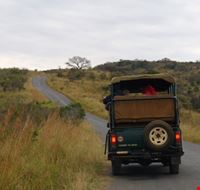 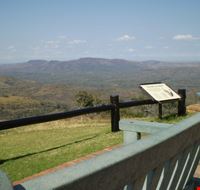 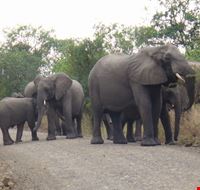 GuidePdfAppDownloadRow-GetPartialView = 0
The bustling metropolis of Durban (also known as the Gateway to Africa) is the second most populous city in South Africa. Situated on the tips of the blue-watered Indian Ocean and flanked by the sprawling Drakensberg mountains, Durban is the busiest port in South Africa, and one of the 10 largest ports in the world.
Durban is commonly referred to as the ‘perfect holiday paradise’ because of its mild climate all year round. The average temperature in summer reaches 25°C–30°C, with moderate high humidity. The port city counts approximately 320 days of sunshine in a year, promoting dense sub-tropical vegetation.
The city has a population of 3.2 million people, of which almost one million are Indians having historical roots tracing back to their forefathers who were brought to the province to work in the sugarcane fields.

Overall Guide : The city has witnessed 27 editions of the famous Durban International Film Festival. It is also home to uShaka Marine World, one of the largest aquariums in the world. Cricket lovers will enjoy the Sahara Stadium Kingsmead, where many famed... more cricket test matches and one day internationals have been held. A popular attraction is The Golden Mile, a nickname for the sandy, surfer-crazy beaches dotting the Indian Ocean in Durban’s downtown area. Other attractions include the famed Durban Botanical Gardens and the Blue Lagoon Beach, which is Durban’s popular fishing spot. With the port city being home to one of the largest Indian populations outside of the Indian subcontinent, curries are the order of the day here. Tourists should also ask for a unique Durban specialty, the Bunny Chow (a hollowed quarter loaf of bread filled with a curry of your choice).

Overall Guide : I travel to quite lot countries and always looked forward to the food, sights and sounds of Durban. The public transport system needs so work, but once you get to use it. You travel anywhere, you catching a train from... more Durban Central to the South Coast for under R10. And thanks to our city planners we have the best Golden Mile anywhere in the world, walking from uShaka to the Blue Langoon you see just why.
Not to be missed Sea World Aquarium , The Big Swing , Music in the Park

Overall Guide : Great people, great climate and lots to do if you know were to go. Umhalanga and Balito is beautiful but the south coast is also very lovley. There are lots of huge shopping centers and yet also lots of out... more door activities not to mention the awesome warm beaches.

Overall Guide : Durba it's a good place to do a business on because you interact with different kinds of people so as tourists. Good place to visit, we've beautiful stadium(Moses Mabhida) we've got sea where u can relax with your family, we've... more malls, restaurants beatiful one.

Overall Guide : Guest House Owners are very flexable with their prices. You can usually barter for a good price for a long stay. However if you are a regular guest ask about their loyalty program. Recomend a friend to stay or post... more a comment.
Not to be missed Killy Campbell Museum , Ushaka Marine World , Umgeni River Bird Park

Overall Guide : I love the place because of the beach. the place i mic most its USHAKA Marine. You can buy clothes less in Durban. Oh i can't stop talking about hotels they ar very accomodating and safe. I love Durban, i... more go to Durban every year for my holidays i cannot resist durban.
Not to be missed Ushaka Marine World

Overall Guide : Durban is a beatiful place with a nice weather
Not to be missed race courses , stadia , beaches

Overall Guide : It is really South Africa's playground, if you really wanna take time off everything and connect with nature and people