City Guide about Lanzarote with tips and reviews by travelers. 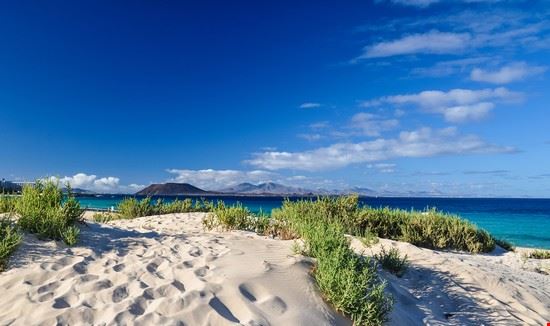 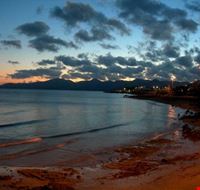 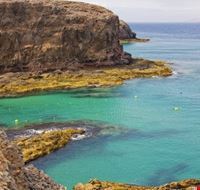 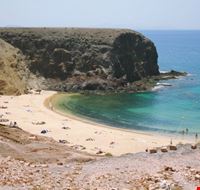 GuidePdfAppDownloadRow-GetPartialView = 0
Lanzarote is the easternmost region of the Canary Islands, Spain. Situated in the Atlantic Ocean, the island is only 60 miles from the African coast. With a population of around 125,000 inhabitants, Lanzarote is also known as the ‘Island of 100 Volcanoes’.
The island has a mild dry climate with light winds and very little rain. The region enjoys warm temperatures throughout the year, making it a year-long tourist destination. However, the island is prone to sandstorms.
Initially inhabited by the Guanches, the island witnessed a series of volcanic eruptions during the seventeenth century, which led to the formation of thirty two new volcanoes.
Folklore music and Lucha Canaria, a form of wrestling, are main elements of the culture. Tourism is the main source of economy. Fishing and agriculture are also prominent.
CommonInfoPlaceIntro-GetPartialView = 0,0156276
AdvValica-GetPartialView = 0
CommonPluginEuropeAssistence-GetPartialView = 0

Overall Guide : Lanzarote, with its wide stretch of beaches and beautiful location, is a haven for its visitors. It houses the Timanfaya National Park, one of the most visited spots. The Cueva de los Verdes, popularly known as the ‘Green Caves’ are... more a series of caves formed by volcanic activity. The El Golfo, a crater formed due to volcanic activity and now filled with sea water, is another must-visit. Visit the Mirador del Rio for an amazing view of La Graciosa Island and several other islands. The island is also home to a number of museums of historical significance, the most popular ones being the Canary Cetacean Museum, Wine Museum, and Castillo de Guanapay.  The island is home to a number of beaches that provide swimming, diving, sailing and fishing opportunities. Some of the most beautiful beaches are Puerto Del Carmen, Playa Chica and Papagayo. The Carnival is the most important festival of Lanzarote, celebrated with dance, music and street festivities.

Overall Guide : Pretty much everything is not to be missed! You can find everything, beaches, nature, culture, cultural events, beautiful scenery and good food all at very low prices. I've been there twice and I'm going back soon for the third time.... more In my humble opinion, it's the most beautiful of the Canary Islands.

Overall Guide : Lanzarote is a great destination for your holiday, not only for adults but also for children. Beautiful beaches, great landscape, good food. And don't forget Cesar Manrique, explore his monuments and you'll understand!
Not to be missed Playa Quemada , Puerto del Carmen , Mirador del Rio

Overall Guide : It is generally though that Lanzarote is a safe place but it is not, people should be worry and aware particularly in Puerto Del Camen. High crime rate and many undesirables!!! Like anywhere really but here they are targeting the... more tourists in a big way and sadly there is no come back!
Not to be missed Papagayo , Playa Quemada , Beach

Overall Guide : Lanzarote is a very good place to go to and I went there last year in a hotel called paradise island it was amazing its my best holiday yet.
Not to be missed Disco for kids , Water Park , Beach
IntroReviewListContainer-GetPartialView = 0,0312507