City Guide about Fuerteventura with tips and reviews by travelers. 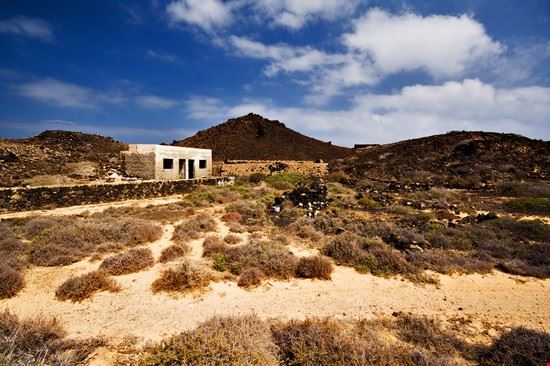 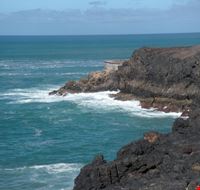 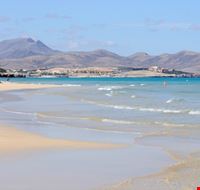 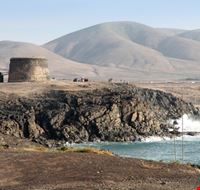 GuidePdfAppDownloadRow-GetPartialView = 0
Fuerteventura, a part of the Canary Islands, is located in Spain. Situated in the Atlantic Ocean along the coast of Africa, the exotic island is the second largest of the Canary Islands and has a population of around 79,000 inhabitants.
The island has a mild Mediterranean climate, characterised by plenty of sunshine and very little rainfall. Trade winds alleviate temperatures; sandstorms are quite prominent.
Initially inhabited by the Guanches, the city was known as Herbania. This was followed by the island being taken over by the French. In 1912, the Canary Islands obtained the right to self-govern.
The inhabitants of Fuerteventura are known as the ‘Mahorero’.
The main source of income on the island is tourism, while agriculture and other trades are also practised.
CommonInfoPlaceIntro-GetPartialView = 0
AdvValica-GetPartialView = 0,0156258
CommonPluginEuropeAssistence-GetPartialView = 0

Overall Guide : Fuerteventura is located on the coast of Africa on the Canary Island in Spain. It is also one of the major tourist destination places. This city has a lot to offer ranging from beaches, National parks, natural attraction like Maspalomas... more and etc. This city is rated among the top destination for enriching inheritance, surroundings and sustainability. Fuerteventura is a hub for wildlife animals, ranging from wild dogs to cats to other dangerous animals. The tourism industry is the main money generator for this city. Carnival is conventionally the biggest festival celebrated on the Canary isle. This fest is hosted every year somewhere in the month of February and March and has different themes for each year. This town has a variety of auditoriums for different customs and means. The city also serves the people with parks and 3 big museums. The cuisine served here are simple and based on the climatic conditions and availability. Seafood is the specialty.
Not to be missed Mafasca , El Cotillo , Las Rotondas

Overall Guide : Fuerteventura, with its wide range of beaches and favourable climate, is a Mecca for its tourists. The island is home to more than a hundred beaches offering unlimited opportunities for water sports. Some of the most popular beaches include Costa... more Calma, Corralejo, Costa Caleta, Sotavento, Cotillo, Jandia and Tindaya. The areas of Corralejo and El Jable also consist of sand dunes. The island is home to a number of windmills and museums like the Miguel de Unamuno Museum, Tefia Craft Village, Betancuria Museum of Archaeology and Ethnography and Molino de Antigua Craft Centre. The city hosts a number of events, the popular one being the Fuerteventura Kite Festival. Fiestas are celebrated almost every month throughout the city.         Fish is the most common ingredient used in the Fuerteventura cuisine. Some of the popular dishes include gofio amasado and Papas arrugadas.

Overall Guide : Fuerteventura is a magic island that has kept a unique identity. It is not overloaded by tourism, it is more or less free from highrise buildings - and the beaches are spectacular. I have been to all the islands, but... more Fuerteventura is the best - and definitely worth a trip. I also recommend it for the summer season. Beautiful climate, and very comfortable compared to the heat around the Mediterranean.

Overall Guide : It's characteristic for its sand dunes that make it unique and unmistakable. If you unexpectedly parachuted over it, it would look like a desert with long beaches. It's very windy and popular with surfers. I recommend it for those who... more want to spend a quiet holiday with sun and sea.