City Guide about Chiang Mai with tips and reviews by travelers. 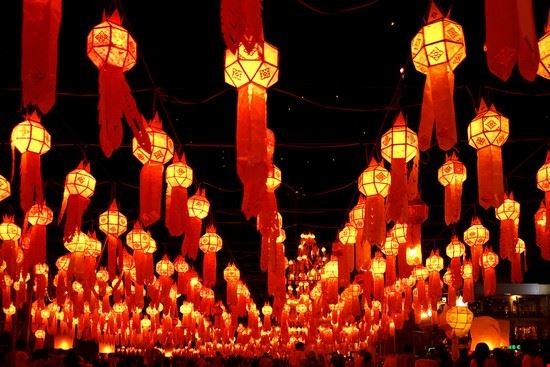 GuidePdfAppDownloadRow-GetPartialView = 0
Chiang Mai is the second largest and one of the most significant cities in Thailand. Located on the Ping River, it is also the capital of the Chiang Mai Province. Home to a population of about 170,000 inhabitants, Chiang Mai is regarded as one of the premiere destinations in Asia owing to its mix of modern and traditional charm.
The climate in Chiang Mai is equatorial in nature with hot, humid summers and pleasant, cool winters. During July to October, monsoon rains bring forth the lush greenery. Winters are the best time to visit as this is when the climate is mild with bright sunshine and blooming flowers.
Chiang Mai was founded in 1296 and was a significant centre for pottery, carving and other arts. The city has still retained its glory in the various art and crafts shops. Today, it is a rapidly developing city in Thailand.

Overall Guide : Chiang Mai is a striking place with an Old World charm, sure to entertain its visitors. The city has much to offer in the form of its ancient temples, shopping arenas and outdoor activities. Wat Chiang Man is the oldest temple... more in the city which displays great architecture and houses various images of the Buddha like the Phra Sila which is a marble Buddha and Phra Satang Man which is a crystal Buddha. The Tribal Museum is another attraction which features an exhaustive collection of handicrafts, jewellery, costumes and musical instruments. It also hosts many exhibitions which give an insight into the culture of the region. The Songkran Festival is an annual event held to celebrate the Thai New Year. Visitors prefer to visit Chiang Mai when the festival is on for its fun-filled and religious activities. The Miss Songkran Beauty Contest is also held during this time.

Overall Guide : Chiang Mai is my favourite, because its culture and history with its pretty moat, crumbling city walls and many tempels and pagodas. you can make adventure trips to mountain national parks and waterfalls, trekking, elephant riding, family attractions and more.... more The Night Bazaar and the Sunday Walking Street are a must being in Chiang Mai. Last but not least... all before mentioned goes along with affordable accomodation and restaurants.

Overall Guide : Many thing are not good here, the food is to spicy every where, so a good thai restaurants is not easy to find, a like cream tartaar in san kampaeng. They have verry good food only you can have bier... more or something stronger. The service is bad in the big shopping centrums and they dont speak english.
Not to be missed the caves

Overall Guide : Chiang Mai est and is one of the nicest cities in Thailand, with the best food in the country right here in Chiang Mai, and if you stay away from the places that cater to the tourist, you will find... more it a real bargain compared to Bangkok, Phukjet and Pattaya.