×
Notice
This website or its third-party tools use cookies, which are necessary to its functioning and required to achieve the purposes illustrated in the cookie policy.
If you want to know more or withdraw your consent to all or some of the cookies, please refer to the cookie policy.
By closing this banner, scrolling this page, clicking a link or continuing to browse otherwise, you agree to the use of cookies.
To accept | Read more
Koh Samui
The whole website**

City Guide about Koh Samui with tips and reviews by travelers. 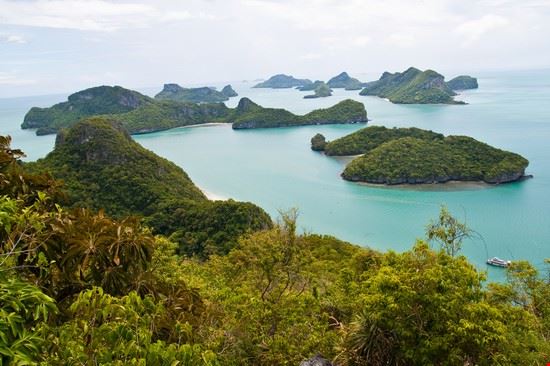 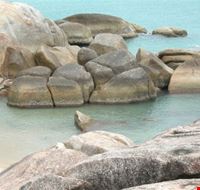 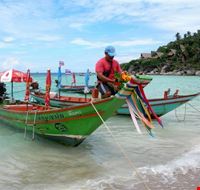 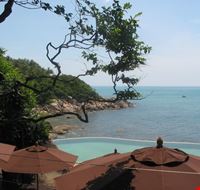 GuidePdfAppDownloadRow-GetPartialView = 0
Koh Samui is the third largest island in the Kingdom of Thailand. It is located in the Surat Thani province and lies more than 500 km south of Bangkok. The tropical island, roughly circular in shape, is situated in the Gulf of Thailand.
Koh Samui has an airport with daily flights to Bangkok, but many tourists prefer using the night train, buses and ferries to avail of cheaper options to reach the island.
The island has a temperate climate with warm sunny temperatures that usually stay above 25°C. February to May is considered the hottest time of the year, and October to December generally isn’t advisable for a visit owing to the heavy monsoon.
Koh Samui has a population of nearly 50,000 people. It is surrounded by at least 60 sister islands which constitute the Ang Thong National Marine Park.

Overall Guide : Typical Thai hospitality, beautiful beaches and excellent food awaits you at ‘the beach and coconut’ island of Koh Samui. Experience Buddhist culture at the Wat Phra Yai, which is the home of the island’s most famous figure, the Big Buddha.... more This huge golden statue stands nearly 12 m tall and is visible even from the air on leaving the island. The Wat Sila Ngu with its golden chedi (stupa) is said to house a relic of the Lord Buddha. Explore the strangely-shaped rocks at South Lamai or visit the Kunaram Temple which displays the body of the most famous mummified monk of the island, Loung Pordaeng, in the same meditation position that he was found in when he died.  Be adventurous at the Chaweng Beach, Koh Samui’s most famous seashore packed with restaurants, nightlife, shopping and entertainment. The beautiful Lamai beach is just as popular as Chaweng, as is the Big Buddha Beach which has a 12-metre-high Buddha facing the beach area.

Overall Guide : It's a splendid island in the gulf of siam, very beautiful. Very long beaches with crystal clear waters, beauty farms everywhere, slightly chaotic streets, but picturesque. You really should go, the prices are affordable. You can have dinner on the... more beach served by waiters, a lobster at a competitive price, have a beautiful boat trip to koh tao. Tons of restaurants and if you like you can have a suit made in 24 hours.

Overall Guide : Samui is magnificent. The quintessential island in the sun. Come with a sense of adventure and dont be too concerned about time tables and schedules. Let the island weave its spell over you. The people are friendly, food is varied.... more More sunny days than Phuket I think and a pleasant island all round. Its a place you will remember with great fondness. Enjoy.
Not to be missed Walking Street -Fisherman's Village , Tamarind Spa/Kamalaya Spa , Na Muang Waterfall

Overall Guide : It's truly an island paradise, where the colors of the sea create breathtaking shades and blend in with the reds and oranges of the sunset, truly unique and unforgettable. Not to mention the hospitality of the people, a kindness and... more attentiveness no longer found in our hectic western world. It's a destination that is unmatched in terms of the price/quality ratio!

Overall Guide : Being a frequent visitor yearly since 1985, and has follow the changes from a very quiet coconut island to today's busy place, but for sure, the people from this island are in many ways still the same friendly and cool,... more but richer now than before...
Not to be missed Laem Sor Pagoda , Grandmother and Grandfather Rocks (Hin Yai - Hin Ta) , Samui Butterfly Garden

Overall Guide : You mustn't miss it, it's south of Thailand and it's easy to reach. White sand and forests. Nearby is koh tao, an island famous for coral reefs. In the north of the island of koh samui you get the most... more beautiful and peaceful beaches. While some bays in the south are deserted and relaxing. There are thousands of activities you can do. Sailboat, diving, golf ...

Overall Guide : I never visit yet...

Overall Guide : Loved my brief stay there. And will return again soon. The scenery - hospitality - service - people - massages - girls - food - drink - were all excellent and very affordable.
Not to be missed Food and beverage. Try all the restaurants. , Massages, all brilliant with extremely beautiful girls and women , Go country and visit islands and mountains and waterfalls.
IntroReviewListContainer-GetPartialView = 0,0010013