×
Notice
This website or its third-party tools use cookies, which are necessary to its functioning and required to achieve the purposes illustrated in the cookie policy.
If you want to know more or withdraw your consent to all or some of the cookies, please refer to the cookie policy.
By closing this banner, scrolling this page, clicking a link or continuing to browse otherwise, you agree to the use of cookies.
To accept | Read more
Phuket
The whole website**

City Guide about Phuket with tips and reviews by travelers. 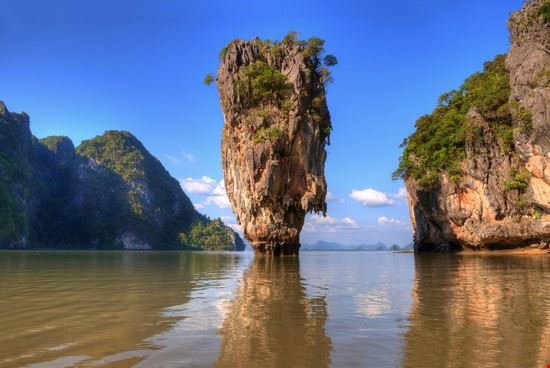 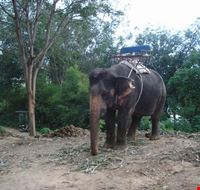 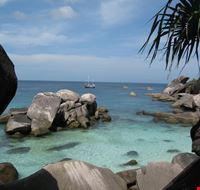 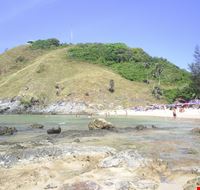 GuidePdfAppDownloadRow-GetPartialView = 0,0010008
Phuket is a city situated in Phuket Islands, Thailand. It is a small town with an active economic centre, appealing colonial architecture and riveting beaches. Phuket was incorporated as a city in 2004 and is home to a populace of about 60,000 people.
The city is characterised by a tropical monsoon climate with year-round warm temperatures. Phuket possesses two main seasons, dry and wet, owing to the monsoon winds. April to May is the hottest period, while October and November are the coolest months.
The name ‘Phuket’ originates from the word ‘bukit’ which means a hill. Phuket city is an interesting blend of traditionalism and modernism. Its growth-oriented economy consists of tin mining, agriculture and marine products.

Overall Guide : Phuket is an exhilarating experience for the visitors as it offers a mix of beaches, markets, ancient architecture, temples, activities like fishing, scuba-diving and much more. The Butterfly Garden and Insect World is a captivating place that offers a learning... more experience. Visitors will find different species of butterflies and also get a chance to see a butterfly hatching in the lush garden area. It also houses an interesting display of bugs and insects like spiders. The Phuket Orchid Garden and Thai Village is a place that takes visitors through a journey of Thai culture displayed in its dance, Thai boxing, animal shows and other activities. Some of the major cultural performances include the Fon Tian, Fon Leb, Sukhothai dance and, the most popular, Ram Wong. The Phuket Vegetarian Festival is an annual feature wherein residents follow a vegetarian diet for ten days. Sacred ceremonies are witnessed in all the shrines and temples.

Overall Guide : My opinion about phuket after visiting this country more than 15 times and islands of course phuket is the most expensive area. And getting every year more expensive if you visit other island or main land. The people the are... more not smile like before only look the tourist as money people getting more agressive if you dont spent money to buy something. This makes many people to dont spend money. I hope in my next visit to dont see something like this as before..thanks..
Not to be missed Fantasea Show , Disco Night , Beaches

Overall Guide : Good to have vacation, where you get beaches, Island where you think to go, try about thai food, you'll love Thai food too. Many think to do here or interest of entertainment. Please looking weather before go. You will get... more see, sun, sand and ...
Not to be missed phi phi island

Overall Guide : Take a tour of the island by hydrofoil or ferry. It has unrivaled beaches! If you can, ask the local fishermen to take you to more isolated beaches, they're really beautiful. For those who love the sea it's really worth... more going.

Overall Guide : Appreciate what is offered to you with the knowledge that you are in another continent with traditions and customs different from ours. Rediscover the spirit of adventure and go in search of special places in the surrounding area, away from... more the tourist trail, accepting, with due wisdom, the guidance and help of the locals.

Overall Guide : Phuket town is a great place to while away the hours, lots of history. Most of the island is great but i do not like Patong but maybe that's because I fall into the older person bracket. The north end... more of the island has great beaches.

Overall Guide : Good place with many intertamant for any kind of spending time. I'm ready visit Phuket again and again whenever i have chance.
Not to be missed Budget Tips

Overall Guide : Nice place, but be careful with all the tours company. The food is nice and people there are all friendly...
Not to be missed Bangla Road , phi phi island