City Guide about Kampala with tips and reviews by travelers. 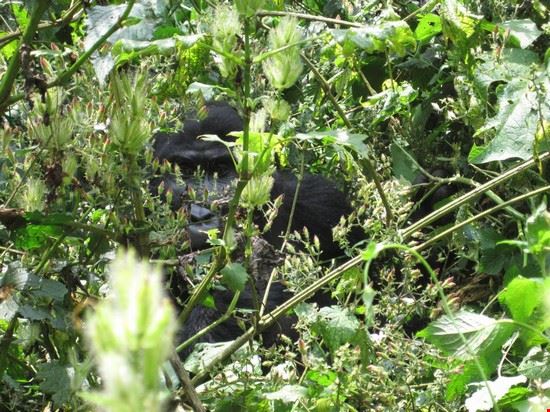 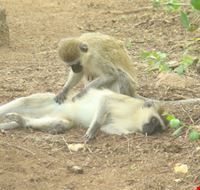 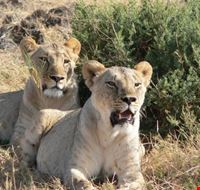 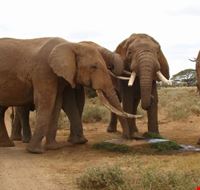 GuidePdfAppDownloadRow-GetPartialView = 0
Kampala, estimated population 1.300.000, is Uganda's capital as well as its administrative, communication, economic, and transportation centre.
It is located in the southern part of the country on Lake Victoria. Kampala: it is said to be built on seven hills, but the city centre is just one of them, Nakasero.
Despite its proximity, (20 mi/32 km), to the equator, Kampala has a moderate climate, largely because of its altitude, (c.4,000 ft/1,220 m).
Kampala is one of the few African capitals that were not founded by the colonialists.
On one of the hills that characterize the city at present, the kings of the Baganda-people had long established their court.
In 1890 Captain Frederick Lugard, representative of the British East Africa Company, built a fort on the opposite hill and the city grew a lot around it.
In 1962, Kampala replaced Entebbe as the national capital.
Unfortunately, much of the city was destroyed after the 1979 overthrow of Idi Amin's dictatorship and the subsequent Civil War.
In just a decade, since President Museveni came into power in 1986, Kampala has rapidly recovered and is now a safe, busy and lively city with an undeniable vibrant nightlife.

Overall Guide : Much as Kampala is ranked among Africa’s most safe cities to travel, we urge you to take the same precautions you would in any other country, international city or town, particularly if sight-seeing in urban areas. Most parts of Uganda can... more be safely visited by tourists. Take common-sense precautions (not walking alone in deserted areas at night). Valuable should be kept out of sight and vehicles locked. Don’t carry your important and portable items in the backpack. For area safety information contact the Uganda Wildlife Authority tourist information office in major towns or outside national parks and game reserves. Alternatively, seek assistance from your preferred travel agent/hotel. In case of emergencies, contact the nearest Uganda Police station or call telephone 999

Overall Guide : Some of the most considerable sights are the two cathedrals, built at the beginning of 1900, Namirembe, anglican, and Rubaga, catholic. The Kibuli Mosque, the huge grass-thatched tomb of the Baganda Kings, and the University of Makerer are... more very interesting sights, too. The Nakasero fresh food market, just off the city’s main drag, is one of the most colourful places in East Africa. Also worth a visit is the Uganda Museum, with its collection of traditional musical instruments, which tourists are allowed to play. The Uganda Wildlife Authority Office, a few kilometres north-east of the city centre, makes bookings to see the gorillas in outlying Bwindi National Park.

Overall Guide : Its a very good city and a wonderful one to stay in, night life is very great and you can stay in various guest houses based all around the city. During day time it is very busy and at time... more is as well very busy and bars are almost at every corner of the road. Bodabodas (motorcycles) are sometimes very dangerous to travel with around the city.

Overall Guide : Kampala is one of the city in the world with favourable climate and with a lot of beautiful sites and animals to visit. For example the water bodies like lake Victoria, animals like white Rhinos and the most pretty thing... more i love about this city is the fruits. Kampala has the best fruits in the world. very sweet, health and above all in plenty and good price. God... I love Kampala!!!
Not to be missed Climate , Rolex Tastings and Boda Boda Ride , Gorilla and Chimpanzee Tracking

Overall Guide : Kampala is a pretty city set on hills overlooking Lake Victoria, 15 minutes drive away. It has a fantastic nightlife and some great restaurants and hotels. Whether you're a backpacker, passing through town en route to trek the gorillas or... more go on safari or, here on business, there's plenty to see and do. Most people speak English and you will be welcomed with open arms! The traffic can be heavy (leave Kampala and many of the roads are new) and pubic transport is congested but, despite that, it's a great city to live in and a good base for exploring the Pearl of Africa.
Not to be missed Lake Victoria , Bahai'i Temple , Uganda Muesum

Overall Guide : Kampala is nice but not very safety. Better be careful, however there are a variety of nice things like commodities but also be aware of expiry dates. Also watch TV, and listen to radio to let you know what will... more take place in Kampala before you go there. This is for safety reasons.
Not to be missed Kabaka King Palace in Mengo , Owino Market , Hospitals IHK,

Overall Guide : Important information is that it is a city that has fostered alot in the development of global relationship with other countries in the world. This therefore a blessing to all members from other countries to come and enjoy the beauty... more and joy of the pearl of Africa. amen

Overall Guide : KAMPALA IS CITY THAT WAS NAMED AFTER A GROUP OF WILD ANIMALS CALLED MPALA THAT SAID BEEN LIVING IN THE AREA. KAMPLA IS MOST POPULATED CITY UGANDA THIS DUE TO RULAR UBAN MAVEMENTS OF PEOPLE, AS RESULT SLUM AREAS HAVE... more BEEN OCCUPIED HENCE ENVIRONMENTAL DEGRADATION.

Overall Guide : Kampala is quiet a nice city to live in due to its hospitality, however u have to take caution of insecurity too. All in all its very good ,especially natural food stuffs like matooke, oddi, rice, millet and many more.... more Most welcome to the pearl of Africa.

Overall Guide : Security wise it is free. U can move at any time to any place you feel like. A lot of fun in the city. At least every body isb usy making it affordable for sustainance. There are a lot of... more attractions ie the zoo, museum, sand beaches, cultural entertainments, etc
Not to be missed Uganda Museum , Owino Market , Gorilla and Chimpanzee Tracking
IntroReviewListContainer-GetPartialView = 0,0158502