City Guide about Bristol with tips and reviews by travelers. 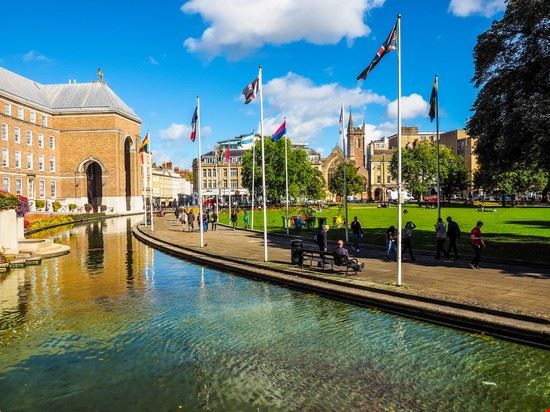 GuidePdfAppDownloadRow-GetPartialView = 0
Bristol is a city with a population of more than four thousand people and is the 6th most populated city in England.
This is one of the warmest cities in UK, with sunny weather and is partially sheltered by the Mendip Hills and Exmoor.
The aerospace industry of the city has contributed to the economic development of the region.
The docks area in the centre of the city has been restored as a centre of culture and heritage.
The city is popular for its film and music industry and is home to several live music concerts.
A combination of pop and hip hop music is part of the urban culture here in Bristol.
There are a number of museums and art galleries in the city which exhibit modern photography, art and cinema as well.
The city is home to the regional headquarters of the BBC and frequently the areas around Bristol feature in history programs on TV.

Overall Guide : The British Empire and Commonwealth Museum covers the imperial past of the British dynasty as well as its impact on modern day life. Queen Elizabeth I once stayed in the Red Lodge in the Great House. The brilliant oak panelling,... more artistically carved stone chimneypiece, plasterwork ceiling and other rooms with a Georgian style of architecture are worth visiting. Blaise Castle House Museum and Estate is a 19th century mansion which has a museum with many historical collections. There is a park area, children’s adventure playground and café to be enjoyed. The University Botanic Garden has four thousand five hundred varieties of plants and is spread over 5 acres of green land. St. Mary’s Redcliffe Church is a beautiful parish church built in the thirteenth century and is a wonderful example of Gothic architecture. The Bristol Zoo Gardens have more than four hundred unusual and endangered species of animals.  A visit here is a treat for animal lovers.

Overall Guide : In the huge city of Bristol you will find everything what you need. A huge variety of culture activities, shops, pubs, etc. Bristol is very famous for the music scene and also for the street art. Although, when you visit Bristol... more you should be prepared to walk a lot (buses are very expensive) - up and down, because it is very hilly!
Not to be missed Clifton Suspension Bridge , Bristol Museum & Art Gallery , The Mall