City Guide about Dundee with tips and reviews by travelers. 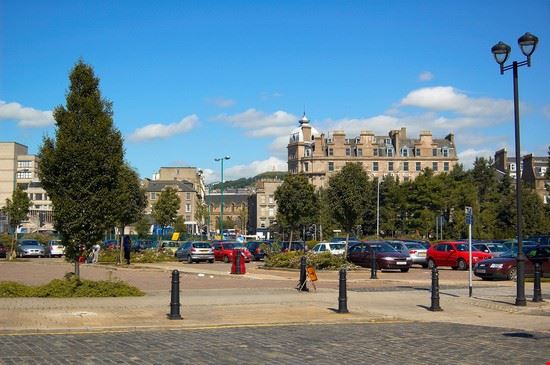 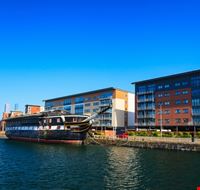 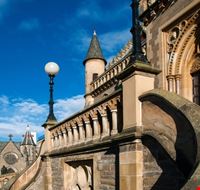 GuidePdfAppDownloadRow-GetPartialView = 0
Dundee is located on the mouth of the River Tay, along the eastern coast of Scotland. Despite its development, this city of approximately 143,000 inhabitants exudes a cosy village-like ambience.
Dundee has a temperate climate. Summers are quite warm, compared to the rest of Scotland, with the temperatures going even higher than 25°C. Winters are mild, except for the occasional strong winds; it is the wettest time of the year.
Dundee is popularly known as the ‘City of Discovery’. This is due to two reasons: one, a large number of scientific explorations has taken place here, and two, RRS Discovery, the great ship used to explore the Antarctic, was built here.
Historically, Dundee was known as the city of ‘jute, jam and journalism’ as these were the three industries that led to its rapid growth.

Overall Guide : The Broughty Castle houses a museum displaying a range of relics from this region, depicting the history and life of Dundee as a seaside town; it is also ideal for the beautiful views of the bay. Dundee Law, an extinct... more volcano just outside the city, has an observation deck which gives a panoramic view of the city and its surrounding area. The RRS Discovery, which is now docked here, has been restored in all its former glory. Several exhibits and shows display the history and achievements of this historic vessel. The HMS Unicorn is another interesting vessel; a former warship, it has been preserved in its original form and contains relics depicting early naval life. St. Andrews, the town which is home to the oldest university in Scotland, makes for a good one-day trip from Dundee.  It is also the ‘Home of Golf’ and has one of the oldest golf courses in the world.
IntroReviewListContainer-GetPartialView = 0,0156253