City Guide about Perth with tips and reviews by travelers. 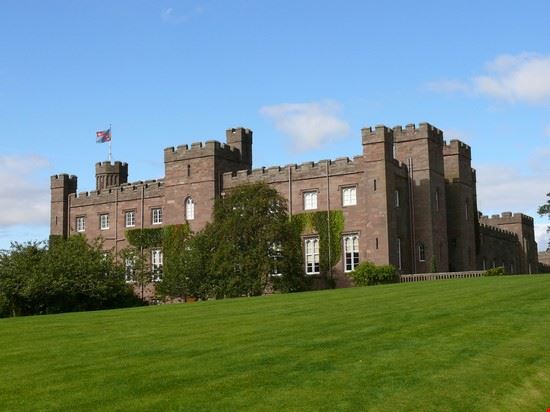 GuidePdfAppDownloadRow-GetPartialView = 0
Due to its location, north of Edinburgh and Glasgow, at the centre of mainland Scotland and next to the mighty River Tay, Perth is known as the Gateway to the Highlands.
It is an attractive city, which has been given various other names in its history such as “St John’s Town”, “The Fair City” and even “The Ancient Capital of Scotland”.
Known to the Romans as Bertha from the Celtic “AberThe” meaning mouth of the Tay, Perth has been a Royal Burgh since the 13th century and a Royal residence throughout the middle ages.
The town centre sits between two large public parks called the South and North Inches. In 1396, a fight to the death took place in the North Inch between 30 soldiers from two rival clans fighting for supremacy in the presence of King Robert III.
The Reformation began in Perth in 1599 when John Knox gave a sermon in St John’s Kirk, a thousand-year old church that was restored in 1920 and can be visited today.
Most of Perth’s High Street is a pedestrian precinct with a wide selection of large and small shops and elegant Georgian terraced houses. The city is a bustling market town in the centre of a thriving farming community.

Overall Guide : Perth is an attractive tourist centre with shops, galleries, a theatre and a brand new auditorium. The old centre is a maze of picturesque, narrow alleys, known as wynds. Among the places immortalised by Sir Walter Scott, you... more can visit the House of the Fair Maid of Perth, now a souvenir shop. The River Tay that flows through the city is known for its fish and for fresh-water pearls, which local jewellers have made into brooches, rings and other pieces of jewellery. The city is dominated by the thickly wooded Kannoull Hill that is a local beauty spot with wonderful views over the surrounding countryside. For hundreds of years, the Kings of Scotland were crowned at nearby Scone Abbey, seated on the Stone of Scoon, or Destiny. This Stone was later taken to England and incorporated into the Throne in Westminster Abbey used for the coronation of British monarchs. Today you can visit the Palace of Scone built in the early 19th century. Perth is the ideal centre for touring the Perthshire region that is renowned for its magnificent scenery and long history. You can enjoy walking in the many city parks and along the banks of the river. Perth is a lively town with a good selection of hotels and restaurants.

Overall Guide : Lush Kings Park and the uncrowded beaches to the charming port of Fremantle and nearby Rottnest Island, Perth has it all. Our three-day itinerary offers ideas of what you can fit in to your Perth holiday.

Overall Guide : Wow so amazing, not to miss at all, great my first and most, not last time here.
IntroReviewListContainer-GetPartialView = 0,0156266