City Guide about Edinburgh with tips and reviews by travelers. 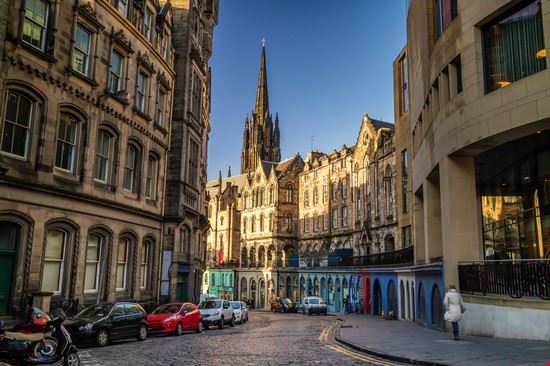 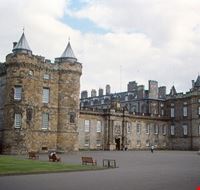 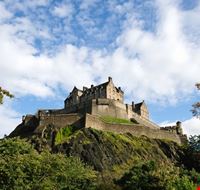 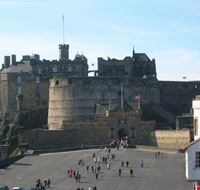 GuidePdfAppDownloadRow-GetPartialView = 0
Edinburgh is located on the south-eastern coast of Scotland and is its capital city. This city of approximately 448,600 inhabitants is one of the biggest tourist magnets in Europe. The city is nestled in a hilly region covered with lakes and vast woodlands.
Edinburgh enjoys a temperate maritime climate with pleasant summers and mild winters. The city has a long tourist season from May to September; the temperatures during these months range between 15°C and 20°C.
The city had modest beginning as a fortress atop a hill. However, owing to its strategic location it soon gained importance with the Scottish rulers, and has been the capital of Scotland for over 500 years. In fact, it is also known as a ‘literary capital’ as it has been home to many renowned authors.

Overall Guide : Edinburgh Castle is the most distinguished landmark of the city; perched on a hilltop, the castle is home to several interesting attractions primarily the Scottish Crown Jewels and the well-preserved St. Margaret’s Chapel. The Palace of Holyroodhouse, though partly in... more ruins, is very dramatic and also displays the royal art collection. The Royal Botanic Garden spread over several acres and including numerous glasshouses is considered to be the best of its kind in the UK. The Royal Mile is a long stretch of road flanked by some of the most beautiful buildings of Edinburgh. Of these, the most important is the Museum of Scotland. It houses the most comprehensive collection of artefacts depicting the history of the region. The Edinburgh Festival includes a range of festivals from the end of July to September. Most important is the Edinburgh International Festival which attracts theatre, opera and music performers from around the world.

Overall Guide : It's the ideal base to begin a trip around Scotland. The Royal Mile, with Edinburgh Castle on one side and royal house on the other, will introduce you to the wonderful world of Scotland. The people are genuine, as in... more the entire island. The Scottish castles will surprise you with their beauty, as well as the stunning scenery. You'll leave your heart there!

Overall Guide : The Fringe festival is not to be missed.

Overall Guide : Edinburgh -wonderfull place for sightseeing. Scotland one of the best places in the EU. Wondefull museums, customs, people, all things for tourists: best organisation for tours, wonerful nature. I was 4 times in Scotland. Scotland -is the country of my... more dreams
Not to be missed Edinburgh Castle , Highlands and Islands , Events and Festivals