City Guide about Manchester with tips and reviews by travelers. 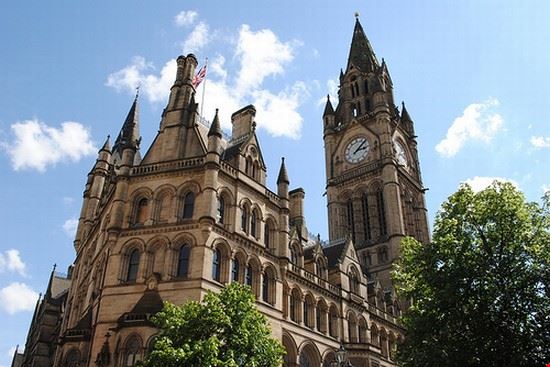 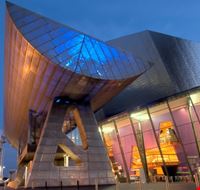 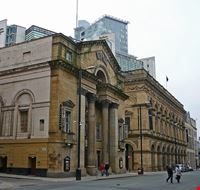 GuidePdfAppDownloadRow-GetPartialView = 0,0156262
Manchester is located in the north-western part of England. This metropolis of approximately 441,000 inhabitants lies in a basin surrounded by hills and watered by three rivers.
Manchester has a pretty humid climate with the heaviest rainfall in summer and autumn. Summer is the best time to visit with average temperatures at 18°C. Winters are mild with the average temperature at 7°C; snowfall is rare.
The city houses two of UK’s largest universities and is also very popular with foreign students. It is often referred to as the ‘best student city’ in the UK.
The city was one of the first industrialized cities in the world and was thus always popular with immigrants, which is reflected in the culture of the city. At present too, Manchester is home to several ethnicities.

Overall Guide : Manchester is largely industrial in nature and a busy metropolis, but many architectural wonders are found tucked away in the corners of this busy street. Castlefield is the site of the original settlement inhabited by Romans almost 2000 years ago.... more The grand Manchester Town Hall is painted with murals depicting the development of the city since the Roman era. The Manchester Art Gallery is home to several distinguished art collections and also pieces in porcelain, silver and other metals. Manchester’s multi-cultural spirit is very evident. Curry Mile is a long street lined with curry restaurants and shops selling Indian fare. The Chinatown also has signs in both English and Chinese and contains most of the Oriental restaurants of the city, along with shops selling Chinese goods. The Village is home to the oldest gay community in Europe and also hosts the Pride Festival, attended by the gay population of UK.

Overall Guide : A very nice city, rather surprising how much there is to do. Good restaurants, excellent night life, lots of bars, the locals very friendly. There are some areas where you wouldn't go, but the hotel will advise. Found Didsbury very... more nice, plenty of bars and restaurants. All in all very nice city ,my favourite after London in the UK.
Not to be missed The Printworks , National Football Museum , Canal Street

Overall Guide : it is the best city in my opinion... this country is the heart of England... all the People are loving. Roads are amazing and don't miss the Hilton Hotel... best Place... and you know about wrestling schools? yeah awesome schools...... more LOVE MANCHESTER
Not to be missed Beetham Tower , Manchester Museum , Museum of Science & Industry in Manchester