×
Notice
This website or its third-party tools use cookies, which are necessary to its functioning and required to achieve the purposes illustrated in the cookie policy.
If you want to know more or withdraw your consent to all or some of the cookies, please refer to the cookie policy.
By closing this banner, scrolling this page, clicking a link or continuing to browse otherwise, you agree to the use of cookies.
To accept | Read more
Nottingham
The whole website**

City Guide about Nottingham with tips and reviews by travelers. 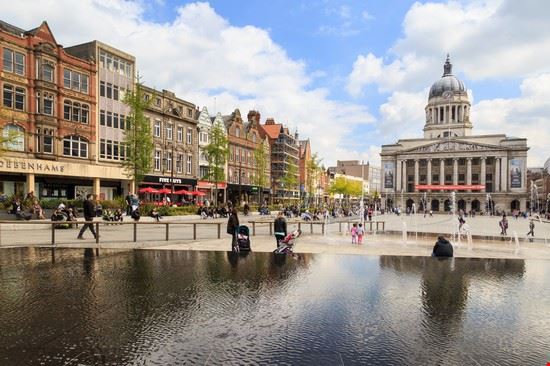 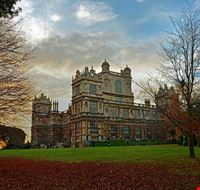 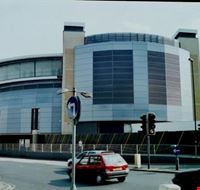 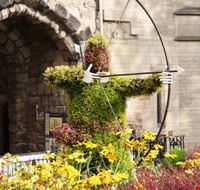 GuidePdfAppDownloadRow-GetPartialView = 0,003003
Nottingham is the undisputed capital of the East Midlands. It is the 9th largest travel-to-work area in England with a population of 740,000 and 3 million people within an hour's drive. It is also the fastest growing major city in the UK in terms of job creation (RICS Foundation).
Nottingham is close to the centre of England at the heart of the East Midlands. It is approximately 120 miles from London and 50 miles north of Birmingham.
History is never far away however, with reminders of Nottingham's legendary hero Robin Hood and his historic adversary the Sheriff of Nottingham. The Sheriff of Nottingham along with the Lord Mayor of Nottingham is elected annually from city councillors and still has an important role in 21st century civic life, working alongside the Lord Mayor to represent the city.
Among Nottingham's important historical sites and features are its unique labyrinth of caves under the city, the splendid mansion that is now Nottingham Castle Museum and Art Gallery, with, close by, the spot where Charles I raised his standard to begin the English Civil War, and Wollaton Hall, one of the most ornate Tudor buildings in Britain, with its 500-acre deer park. They all have stories to tell about Nottingham's colourful past and the city's place in the history of this country.
Nottingham has one of the most sophisticated urban environments with a £200 million canal quarter, more café-bars and elegant restaurants than any comparable city, an enviable reputation for clubs, theatres, cinemas and galleries. It is one of the top four retail centres (Experian).

Overall Guide : Nottingham is a metropolis and as well a unitary influenced area in the East Midlands located in England of the ceremonial province of Nottinghamshire. The city is well known for its famed links with Robin Hood the other is when... more the Industrial revolution which obtained its recognition worldwide that is for its tobacco, bicycle and lace-making industries, the town has a small population and has constantly had a conventionally tightly-drawn town periphery, when we talk about the culture of the city it has plentiful museums, art galleries as well huge-capacity theatres which includes Contemporary. Galleries of Justice this will take you to a trip to historical times and the museums which takes you all the way through a realistic depiction of the 14th century punitive system from punishment to crime. Nottingham Playhouse it’s a theater where they perform high quality of Musical events, plays, Ballet, Exhibitions, Pantomimes they also have many bars and restaurant similar to this is Wollaston Hall and Park it’s a natural Historical park museum amazingly constructed.
Not to be missed Galleries of Justice , Nottingham Playhouse , Wollaston Hall and Park

Overall Guide : This beautiful London city is suitable for everyone. I spent a part of my life in Nottingham, both for study and for fun. I found it a beautiful city, better than London, always full of very nice people, with excellent... more transport links and parks and it's spotless. The shops are excellent!
IntroReviewListContainer-GetPartialView = 0,0140136

7
The Tales of Robin Hood