City Guide about Plymouth with tips and reviews by travelers. 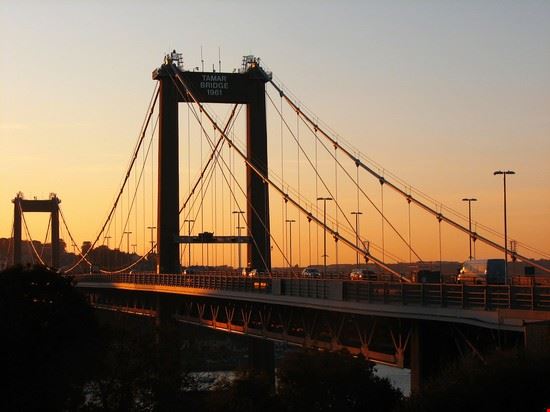 GuidePdfAppDownloadRow-GetPartialView = 0,0156249
Plymouth lies at the head of the largest natural harbour in Europe, the Plymouth Sound. It is the largest city in Devon, England. The city is basically a union of 3 towns of Devonport on the west, Plymouth in the east and Stonehouse centres.
Plymouth has a temperate climate owing to its wonderful location, which is mostly humid and mild as compared to the rest of the regions in England. The winters are very cold but the summers are mild and pleasant.
Being a coastal region the economy of the region is based on fishing and boat building. The tourism industry has also been flourishing along with other service sectors.
The topography of the region is varied due to the undulating and broken nature of the peninsula and its large number of water inlets.

Overall Guide : The National Marine Aquarium is the largest and deepest aquariums in Europe with an amazing display of more than four thousand underwater animals. The walk through the tunnel and underwater shipwreck is a wonder in itself. Plymouth Pavilions is a... more sports complex which provides multi-sport activities and entertaining activities to keep all busy. Plymouth Naval War Memorial is built to honour the life of the soldiers who died in the World War I and II and there are more than twenty two thousand names inscribed on the monument which is located on Plymouth Hoe. The Royal Citadel built in the seventeenth century has played an important part in the defence of the city against the Dutch invasion and is still a part of the military today. Plymouths Gin Blackfriars Distillery is an old Tudor merchant house which has been converted to a gin manufacturing unit. One can take guided tours of the place and enjoy a meal or a drink in the cocktail lounge here.

Overall Guide : Amazing, the Aquirium is brilliant, I live there!