City Guide about Charlotte with tips and reviews by travelers. 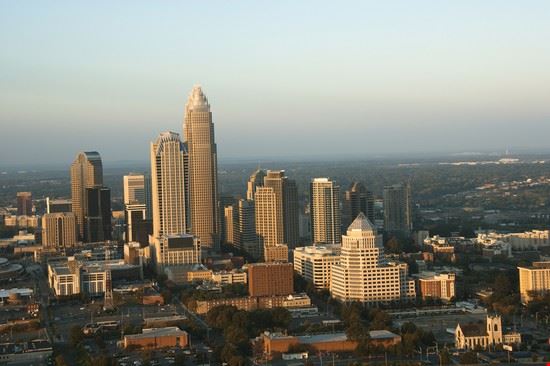 GuidePdfAppDownloadRow-GetPartialView = 0
The city of Charlotte is the county seat of Mecklenburg County and happens to be the largest city in North Carolina.
This village gradually expanded and the area was called Charlotte Town honoring the wife and queen of King George III and later on earning a nickname of "The Queen City".
Discovery of gold in Charlotte in the year 1799 by a young boy who brought it back to his house for it to serve as a doorstep. Once the news of Gold spread out the entire region of North Carolina became place for the nation’s gold rush and was a major source of gold.
As years passed Charlotte became an important center for development and also became a major banking and financial centers in the United States.

Overall Guide : Carowinds This amusement park is 112 acre park featuring over 50 top-notch rides, attractions and shows. This is great place for total entertainment with family and friends. Australian themed Outback oasis of wet fun having over 25 activities, Boomerang Bay Water... more Park and Nickelodeon™ Central crowded with over 20 attractions which kids can enjoy with their families. Uptown Museum Pass The visitors should make full use of the visit to the new Uptown Museum Pass which is good for getting discounts for admissions to the Mint Museum of craft + design Levine Museum of the new South which are all located within short distances of each other. Billy Graham Library The Billy Graham Library is a place where visitors can expect modern exhibits that displays not only multimedia but also films and is well equipped to interest to visitors to school children, researchers as well as school children.
charlotte agyemang
Level 9     1 Trophy    Viaggia: Couple

Overall Guide : Charlotte is the best city all the travel guide that I know and I can assure you it also have the best facility. Every one would like to have and the price is also less that anyone can afford it.
Not to be missed shopping , the color of the sea , eat the good food

1
The Mint Museum of Art
1 vote

9
Levine Museum of the New South