City Guide about Cleveland with tips and reviews by travelers. 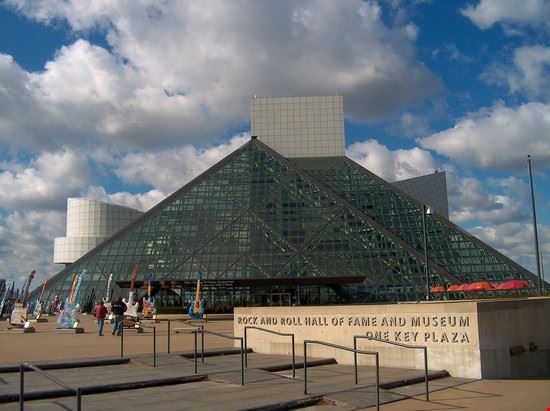 GuidePdfAppDownloadRow-GetPartialView = 0
Cleveland is a county seat of Cuyahoga County in the state of Ohio in United States. It is the second largest city in Ohio with a population of over 478,000 inhabitants. Also referred to as ‘Forest City’, Cleveland has diversified its economy to service-based industries after the decline of the manufacturing industry.
Cleveland has a moderate climate. Since the city is in close proximity to the Lake Erie shoreline, snowfall totals range to a great extent across the city. July is the warmest month whereas January is the coldest with moderate rainfall.
Cleveland was established in 1796 near the Cuyahoga River and its location proved elementary in its economic growth. Post World War II, the city developed owing to the capitalization of its waterfront.

Overall Guide : The most populated county in the state and the second largest city in Ohio. Cleveland city is located in northeastern Ohio on the southern shore of Lake Erie. Typical of the Great Lakes region, Cleveland exhibits a continental climate with... more four distinct seasons, winters are cold and snowy while Summers are hot and humid. Cleveland is home to four of the parks in the countywide, Cleveland Metroparks system, as well as the: Washington Park, Brookside Park and parts of the Rocky River and Washington Reservations and home to Playhouse Square Center, the second largest performing arts center in the United States. Cleveland also holds the Rock and Roll Hall of Fame. Transportation is pretty good, consists of airport, seaport, railroads, inter-city bus lines and freeways. Cleveland hosts many festivals throughout the year. Cultural festivals such as the annual Feast of the Assumption in “little Italy neighborhood”, the Harvest Festival in the “Slavic Village neighborhood”, and the more recent Asian Festival in the Asia Town neighborhood.

Overall Guide : Cleveland houses the Playhouse Square Centre, the second largest performing arts centre in the United States. It has been featuring a variety of theatre, shows and movies for over forty years. The Playhouse Square Centre is officially named ‘Theatre District’.... more Cleveland Orchestra, considered one of the finest orchestras in the world, is a delight to the visitors. Cleveland also hosts many annual festivals such as the Feast of Assumption, the Greek Orthodox Festival and the Harvest festival. The CMJ Rock Hall Music Fest which features performances by various established as well as amateur artists is an event which locals as well as tourists look forward to. Also, the Cleveland International Film Festival is an 11-day film festival drawing crowds in thousands.

8
Rock and Roll Hall of Fame

9
The Cleveland Museum of Natural History