City Guide about Kansas City with tips and reviews by travelers. 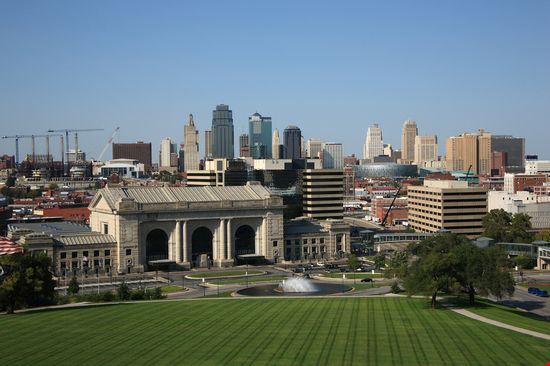 GuidePdfAppDownloadRow-GetPartialView = 0
Kansas City can be described as the 3rd biggest city located in Kansas, US. Moreover, it’s county seat pertaining to ‘Wyandotte County’.
Kansas City is a portion of unified government; which is inclusive of cities such as Edwardsville and Bonner Springs as well. ‘Kaw Point’ is the place where this city stands. It’s the junction point of Kansas and Missouri rivers. Kansas City, Kansas is amongst the satellite cities of ‘Kansas City, Missouri’.
Kansas City, Kansas has been abbreviated as ‘KCK’. The other nickname obtained by it is ‘Heart of America’ as it lies at the distance of just 400 Km from population and geographic centers pertaining to the US. ‘The Dotte’ or ‘The Dot’ is the other nickname derived by this city.
Kansas City stands in ‘Tornado Alley’; i.e. the region wherein warm air with regards to ‘Gulf of Mexico’ collides with cool air from ‘Rocky Mountains and Canada’.
The population of Kansas City as per 2000 census was 146867.
‘Downtown Kansas City’ goes on to refer to neighboring regions of ‘Kansas City’; wherein a huge majority of people work.