City Guide about Madison with tips and reviews by travelers. 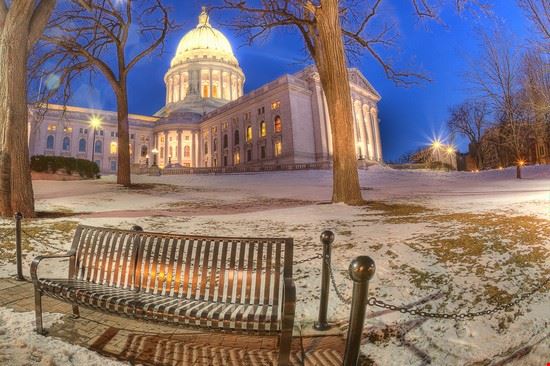 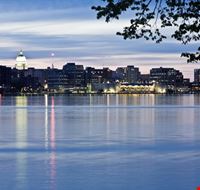 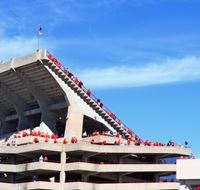 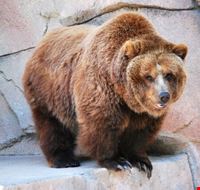 GuidePdfAppDownloadRow-GetPartialView = 0,0156258
Madison is the capital of Wisconsin and the county seat of Dane County, United States. It is the second largest city in Wisconsin and has a population of 223,000 residents. It is also referred to as the ‘City of Four Lakes’ as it incorporates the four successive lakes of the Yahara River.
Madison was founded in 1836 by the former federal judge James Duane Doty and was awarded city status in 1856. It served as a centre of the Union Army during the American Civil War. The city has now evolved into a thriving business and education hub.
The region is characterised by a continental temperate climate and experiences large seasonal variations in temperatures. Summers are warm and winters are extremely cold, with heavy snowfall. It stays humid almost all the year through.

Overall Guide : Madison is a picturesque city offering a range of recreational options as well as excellent dining and accommodation facilities. The famous museums in the city include The Madison Museum of Arts, The Chazen Museum, Wisconsin Historical Museum and the unique... more Madison Children’s Museum. The Capitol Square is located in the heart of the city and has the Wisconsin State Capitol dome, the gem in the Madison skyline which is visible throughout the region. The Overture Centre hosts dance shows and musical concerts by internationally renowned artists. A number of local performing arts organizations are featured in the Bartell Theatre and Opera for the Young. The Henry Vilas Zoo is home to a variety of exotic birds and animals, such as white rhinos, African lions, otters and seals. The main thoroughfare, the State Street shopping district, is replete with excellent boutiques, eclectic crafts shops, restaurants and cafes.

Overall Guide : Madison is a beautiful city with plenty to do. It is full of many delicious local restaurants, and plenty of shopping areas. I would suggest spending some time on State street, touring the beautiful UW campus, and checking out the... more West Towne Mall, which is bountiful in stores. Don't fall into the typical trap of eating at a chain restaurant while there, try something new! I would suggest Pizza Brutta on Monroe street, or Cooper's Tavern in Capital Square. If you're outdoorsy however, there are plenty of fun parks and areas of nature. Check out the Arboretum or the Vilas Zoo if you have kids!
Not to be missed State Street , The Capital , West Towne Mall

Overall Guide : People are great, always helpful and cordial. City is very clean and always trying to build new things. Only a factory in the middle of the city gives a jolt to your eyes. I stayed in Madison for almost three... more weeks and i came from another part of the world from a most crowded city of 15 million people. So it was beyond my imagination before that a city can be run so smoothly with such a little population.

Overall Guide : Madison is wonderful and its people are the best in the world!! I invite to know this city.
Not to be missed museums , concerts , natural parks