×
Notice
This website or its third-party tools use cookies, which are necessary to its functioning and required to achieve the purposes illustrated in the cookie policy.
If you want to know more or withdraw your consent to all or some of the cookies, please refer to the cookie policy.
By closing this banner, scrolling this page, clicking a link or continuing to browse otherwise, you agree to the use of cookies.
To accept | Read more
Milwaukee
The whole website**

City Guide about Milwaukee with tips and reviews by travelers. 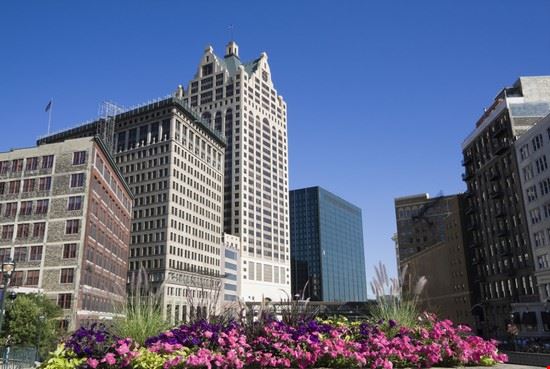 GuidePdfAppDownloadRow-GetPartialView = 0,003003
Milwaukee is an American city, located on the south-western banks of Lake Michigan in the state of Wisconsin. This city has a population of 573,000 approximately and is spread over an area of around 250 sq km. French missionaries were the first to discover the area. It was incorporated as a city in the year 1846. Later on Germans, fur traders and immigrants settled in the city.
The economy of the city was known for its brewing and the manufacturing industries. However, now the tourism industry holds a very important position and also contributes a lot to the economy. Milwaukee’s topography consists mainly of flat lands with lush vegetation, lakes, rivers etc. Milwaukee enjoys four distinct seasons in a year with July being the warmest month and January the coolest. The summer months are also humid.

Overall Guide : Milwaukee is host to several popular art and cultural festivals like the African World Festival, Mexican Fiesta, Irish Fest and many more that are worth being a part of. History lovers must pay a visit to the Milwaukee Art Museum... more and the Milwaukee Public Museum. These museums are not only the storehouses of history but also architectural masterpieces in themselves. Some other architectural landmarks are the Saint Mary’s Catholic Church (the oldest church in the city), Charles Whitnall Residence and Saint John’s Roman Catholic Church. The Milwaukee harbour is excellent for sailing as there is scenic beauty all around it. This city is a great spot for those who have high energy levels. It has provision for numerous adventure activities like hiking, auto racing, kite flying, ice skating and many more. The rivers Menomonee, Kinnickinnic and Milwaukee along with the Lake Michigan are some excellent scenic spots in the city.

Overall Guide : it is amazing to watch especially children will be delighted. the children who are not aware of vivid world animals will experience very thrill in life. life is short first hand experience remains one feel joy of real life. lively... more and rarely available animal watching is unmemorable experience in one 's life.
Not to be missed Urban Ecology Center
IntroReviewListContainer-GetPartialView = 0,0110107