City Guide about San Diego with tips and reviews by travelers. 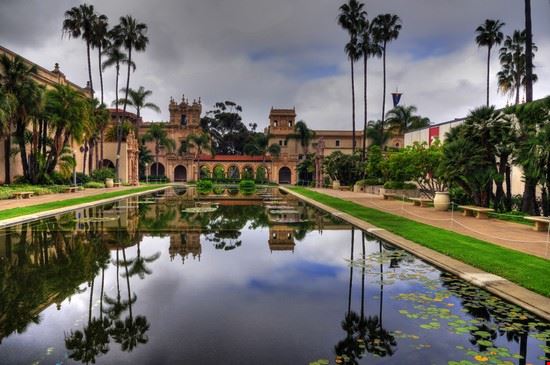 GuidePdfAppDownloadRow-GetPartialView = 0,0156241
San Diego is the second largest city in California, United States. With a population of over 1,200,000, it is also the seventh largest in the United States. It is the county seat of San Diego County and is famous for its ultimate beach experience.
San Diego is gifted with a typical Mediterranean climate. It enjoys mild and sunny weather throughout the year; late summers are the hottest time of the year. Winters rarely experience snow or ice. Rainfall is highly varied.
San Diego has been progressive since the 1980s. It has developed into a platform for skyscrapers, hotels and cafes, shops and plenty more. San Diego’s economy largely consists of agriculture, manufacturing, construction and tourism.

Overall Guide : The San Diego Opera located in the Civic Centre Plaza is considered to be among the top ten companies in the United States. It is a major attraction for tourists. The San Diego Zoo displays some of the world’s most... more exotic wildlife species like giant pandas and koalas, which is highly popular with the visitors. The world famous Balboa Park has a number of museums, culture associations and art exhibits. Situated in the beautiful suburb of La Jolla is the Museum of Contemporary Art which hosts a collection of pop art as well as cross-border art from neighboring cities. The San Diego Repertory Theatre features a wide variety of plays and musicals. Also, the California Centre for the Arts is a spacious performing arts theatre which is ideal for the tourists to enjoy their evenings.

Overall Guide : A nice place in the west, not that crowded like SF or LA, bit costly, but not as the other two, nice weather , zoo, water world , Balboa gardens, and other places of Interest nearby. Do not know much... more about eating places and night life. Can assure a nice place to visit.