City Guide about Silver Bay with tips and reviews by travelers. 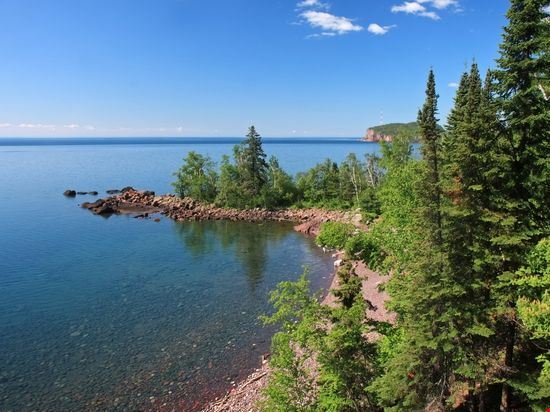 GuidePdfAppDownloadRow-GetPartialView = 0
Silver Bay city is situated in Lake County in Minnesota. Silver Bay attractions include Tettegouche State Park, Split Rock Lighthouse and Gooseberry Falls State Park.
The population of the city as per the 2000 census was 2,068 people. In 2009, the population has reached to almost 1,872 people. And this means, since 2000, it has had a population growth of almost – 6.72 percent.
As per the United States Census Bureau, the city has a total area of 8.2 square miles, of which, 7.7 square miles is land and 0.4 square miles is water. Its elevation feet are 764 feet above sea level.
Silver Bay experiences 31 inches of rainfall and 88 inches of snowfall each year. The number of days having measurable
precipitation is 115 days. On average, there are around 177 sunny days in the city each year. July is highest month of the
year with 77 degrees and January is coldest month of the year with -1 degrees.