×
Notice
This website or its third-party tools use cookies, which are necessary to its functioning and required to achieve the purposes illustrated in the cookie policy.
If you want to know more or withdraw your consent to all or some of the cookies, please refer to the cookie policy.
By closing this banner, scrolling this page, clicking a link or continuing to browse otherwise, you agree to the use of cookies.
To accept | Read more
Tallahassee
The whole website**

City Guide about Tallahassee with tips and reviews by travelers. 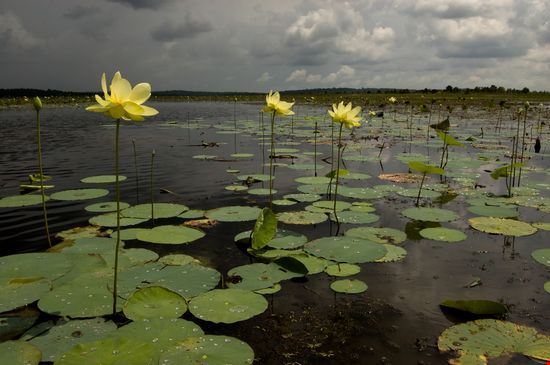 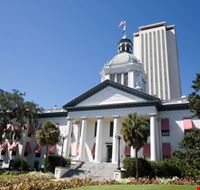 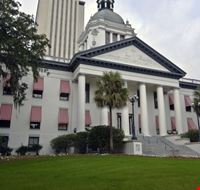 GuidePdfAppDownloadRow-GetPartialView = 0,0010004
Tallahassee is the capital city of the US state of Florida. It is also the county seat of Leon County.
The city has a hilly terrain with the State Capitol located on one of its highest hills. The flora and fauna found are similar to that in the low county regions of South Carolina and North Carolina.
The city has a subtropical climate, where summers are typically hotter than that in the rest of Florida, making it one of the few cities in the state to have occasionally recorded temperatures beyond 38°C. The annual average temperature in the summers is 32°C. The winters, on the other hand, are relatively cooler with temperatures ranging between 18°C and 8°C.
The focus of Tallahassee’s economy is the government. Education, printing, food processing and lumber are the other important industries in its economy.

Overall Guide : Tallahassee’s culture is an amalgamation of the state government’s power, the academic and the artistic, coupled with some Old World charm. It is this unique mixture that makes Tallahassee a popular destination for the millions of visitors to Florida. The... more Challenger Centre offers a complete package of entertainment with the IMAX theatre and the domed IMAX planetarium, which has a fifty-foot diameter. All car enthusiasts must visit the Tallahassee Antique Car Museum. Apart from priceless vintage cars, the museum has an eclectic collection of antiques ranging from pianos to can openers. The Mary Brogan Museum of Art and Science and the Tallahassee Museum are two other attractions worth a visit. Besides historical exhibits, Tallahassee Museum houses animal exhibits too. Some of the events to look forward to when in Tallahassee are The Greek Food Festival, Red Hills Horse Trials, and Tallahassee Food and Wine Festival.
IntroReviewListContainer-GetPartialView = 0