City Guide about Hanoi with tips and reviews by travelers. 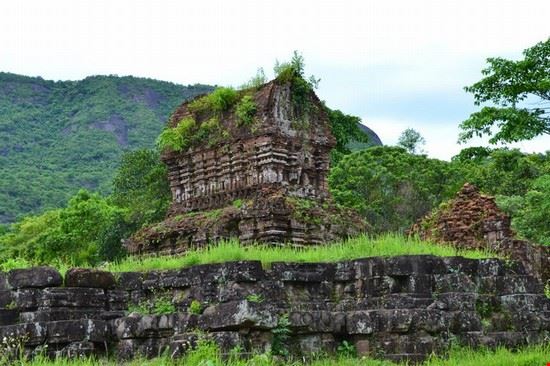 GuidePdfAppDownloadRow-GetPartialView = 0
Hanoi, with an estimated population of 3,500,000, is the capital of Vietnam .
The city is located on the right bank of the Red River, in the centre of North Vietnam.
Hanoi is the heart of a thriving modern, country and its economic, cultural and political centre.
For about a thousand years, the capital was called Thang Long, then changing to Dong Do, Dong Kinh, and finally, in 1831, to Hanoi, in 1831 which means “the hinterland between the rivers”.
The city became the Vietnam capital in the 7th century. It was occupied by the French in 1873 and passed to them ten years later. From 1902 to 1953 Hanoi was the capital of French Indochina.
In 1940, the city was occupied by the Japanese and was liberated five years later when it became the seat of Vietnam's government. From 1946 to 1954, it was the scene of heavy fighting between the French and Viet Minh forces. After 1954 Hanoi became the capital of North Vietnam and following the 1975 events it became the capital of the unified country.
Today, Hanoy is a modern city full of charm, with remarkable colonial architecture, large shady avenues, and numerous lakes and gardens.

Overall Guide : Throughout the thousand years of its eventful history, Hanoi still preserves many ancient architectural works worth a visit including the Old Quarter and over 600 pagodas and temples! Marvellous places include the One Pillar Pagoda (built in 1042),... more the Temple of Literature (built in 1070), Hanoi Citadel, President Ho Chi Minh’s Mausoleum & Museum (inside the beautiful Ho Chi Minh Park), the National Fine Arts Museum, the Quan Thanh Temple and the Hanoi Opera House. Hanoi’s unique beauty is improved by 18 charming lakes such as Hoan Kiem Lake, West Lake, and Truc Bach Lake that really deserve a visit. Many traditional handicrafts are also practiced in Hanoi including bronze silver carving, lacquer, and embroidery.

Overall Guide : Centrally located in the heart of Hanoi old quarter, the Hanoi Hotel is a short walk from shopping towns and Hoankiem lake, the symbol of Hanoi. It takes you only 40 minutes to go to Noi Bai international airport, 5 minutes... more to Ha NoiRailway Station and 10 minutes walking to Vietnam Airline Bus Station. As you all may know, Hanoi Hotels are becoming very popular within the circle of tourists and travelers owning to its outstanding location, top quality services and facilities served by the professional staff. That results to many recommendations from one traveler to another visiting Hanoi to come to our hotels.
Not to be missed Ha Long Bay , SAPA , Hanoi Opera House

Overall Guide : STRICT INSTRUCTIONS TO BE GIVEN TO TAXI DRIVERS NOT TO MAKE FOOL OF TOURISTS BY TAKING THEM ON LONG ROUTES. WITHOUT KNOWING THAT TECHNOLOGY HAS EQUIPPED EVERYBODY QUITE WELL AND THE PERSON CAN VERY EASILY MAKE OUT WHAT GAME THESE... more TAXI DRIVERS ARE DOING. ONLY REASON THEY REMAIN QUITE IS THEY DONT WANT TO GET INTO TROUBLE.
Not to be missed SAPA , HALOG BAY , Around the lakes in the city

Overall Guide : In my opinion Hanoi is a very good place to visit. Safe and interesting. Plenty of restaurants and food. many places to visit in and around Hanoi. Hotels are in plenty. Good hotels reasonably priced. A walk around the lake... more is very pleasent before a good sea food meal. Plenty of shops. Hotels will arrange tours in and around Hanoi at reasonable price. In short Hanoiu is a lovely place to visit.
Not to be missed Hoan kiem lake , Old Quarter streets andrestaurants , Temple of Literature

Overall Guide : Not to be missed ... beautiful. Sights: 1.The Mausoleum of Ho Chi Minh 2) Cu Chi Tunnel 3) The Hanoi Shopping 4) Vietnamese cuisine is fantastic ... enjoy a typical Vietnamese soup called "Pho". The Vietnamese people are wonderful and... more welcoming, they always smile at you :)

Overall Guide : In my opinion Hanoi is a very interesting place to visit. Accomodation cheap, food cheap and tours are cheap. Very many interesting places in Hanoi old quarters in walking distance.Plenty of places of interest away from Hanoi like Halon Bay... more and Sapa. Plenty of one day trips. I throughly enjoyed my stay in Hanoi in my last two trips. I am planning to go again next year in January.
Not to be missed Temple of litrature , walking tours in Hanoi old quarter , Around the lakes in the city

Overall Guide : Nice place, must visit atleast once in life time. Best places to visit at Halong Bay, Sapa, Hanoi
Not to be missed SAPA , HALOG BAY , Around the lakes in the city

Overall Guide : People are generally nice and helpful. However i found the old ladies selling things on the street are very deceitful, be careful if you want to buy things from them, you may end up paying much more than you should.

Overall Guide : In Hanoi there is: 1.good food 2.lovely mountains 3.lots of great places to relax in water 4.GIANT hamster balls to paddle around in I think you should REALLY go there

1
Around the lakes in the city
5 Votes