City Guide about Hangzhou with tips and reviews by travelers. 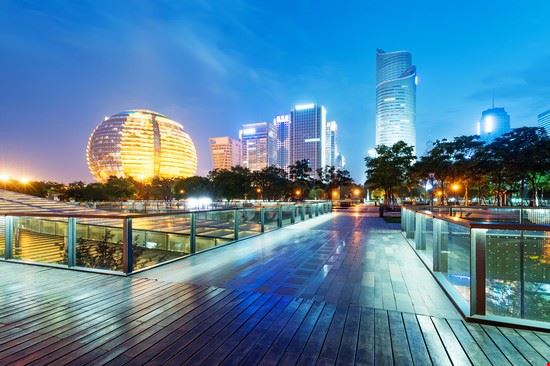 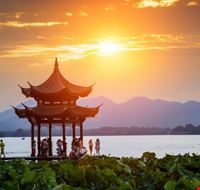 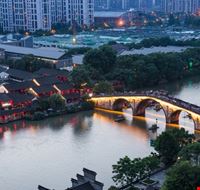 GuidePdfAppDownloadRow-GetPartialView = 0
Hangzhou, the capital of the Zhejiang province, is a city in the People’s Republic of China. Situated south-west of Shanghai, Hangzhou has a population of around 6,400,000 inhabitants.
The region has a mild climate with hot, humid summers and dry, cold winters. Hangzhou experiences typhoons in August and September. Spring is the best time to visit. The city receives rainfall from May to July.
Listed as one of the seven ancient capitals of China, Hangzhou was founded about two thousand years ago during the Qin dynasty. The city was the centre of Chinese Jewry and was home to the Kaifeng Jewish community.
The inhabitants of Hangzhou speak the Wu dialect. Hangzhou is known for making Longjing, a type of green tea. The city is also popular for its artistic work like silk, umbrellas and folding fans.
CommonInfoPlaceIntro-GetPartialView = 0,0156258
AdvValica-GetPartialView = 0
CommonPluginEuropeAssistence-GetPartialView = 0

Overall Guide : I like the place, the scenic and the people there. But the people there always order a lot food and only finish a quarter of the food. Therefore every meal will waste a lot of food and worst still they... more smoke in the air condition room without any exhaust system. I just can't accept this. Otherwise it was a wonderful experience there.
Not to be missed Si Hu , Zangyu dong dian , ku chen