City Guide about Zagreb with tips and reviews by travelers. 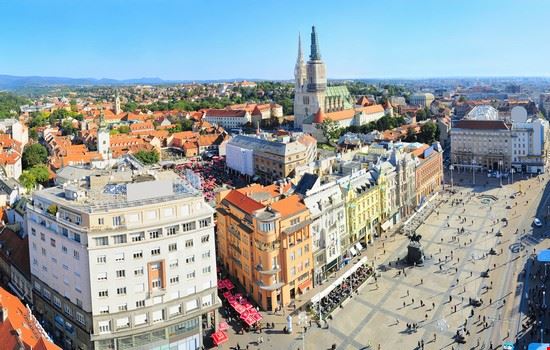 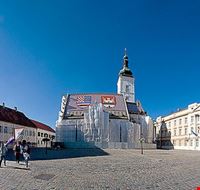 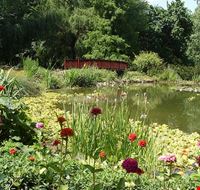 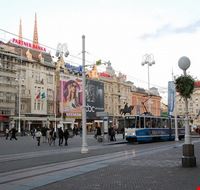 GuidePdfAppDownloadRow-GetPartialView = 0,0156249
The city of  Zagreb, capital of the Republic of Croatia, is located in the north of the country on the Sava River. It is the country’s largest city, with just over 1,000,000 inhabitants in the metropolitan area.
Zagreb has a continental climate, the summers being hot and dry and the winters cold and with frequent snowfall. Autumn is a season of rain and fog and spring is the best season for a visit.
The history of Zagreb dates from 1094 when King Ladislaus founded a Cathedral and the settlement Kaptol developed  to the north along with the fortifications of Gradec.
Today the latter is known as Gornji Grad  and forms the city’s Upper Town, one of the best preserved city centres in Croatia with the the Gothic church of St. Mark's dominating the main square.
The most important industries are production of electrical machinery, chemicals, textiles and food and drink products . Zagreb is now a major international trade and business centre.

Overall Guide : Zagreb's numerous museums reflect the history, art and culture of Zagreb and Croatia as a whole. These include: The Archaeological Museum, Croatian Natural History Museum, Museum of the City of Zagreb, Arts and Crafts Museum, Croatian Naive Art Museum, Museum... more of Contemporary Art and many others.  The city offers much in the way of cultural enjoyment with scores of permanent and seasonal theatres,exhibitions and concerts. Of these, The Croatian National Theatre is the most impressive. The Vatroslav Lisinski Concert Hall is visited by 800,000 people each year. In addition, Zagreb is the venue for many  festivals including the World Festival of Animated Films, the Music Bienniale, the international festival of avant-garde music and the Week of Contemporary Dance.

Overall Guide : City just to be visited!!!! Many parks, ZOO, Croatian National Theatre and other theatres, concert halls, downtown buildings with its Middle European Style, agreable weather, nice people-most of them speak and understand English so can help you, museums, clubs with... more all kind of music and for everybodies taste, cinemas, coffee shops and restaurants, hotels and hostels, local transportation, info points in all languages, sightseeing tours every minute and lots of fun....
Not to be missed BP Club , Archeological Museum , Upper town (Gornji Grad)

Overall Guide : Lot of nice bars, clubs and restaurants. It has everything, mountains for skiing, lake for swimming (with crazy night life), parks for walking. Beatiful architecture. Must see in Central Europe
Not to be missed Jarun Lake , Tkalciceva Street , Upper town (Gornji Grad)