City Guide about Clermont-Ferrand with tips and reviews by travelers. 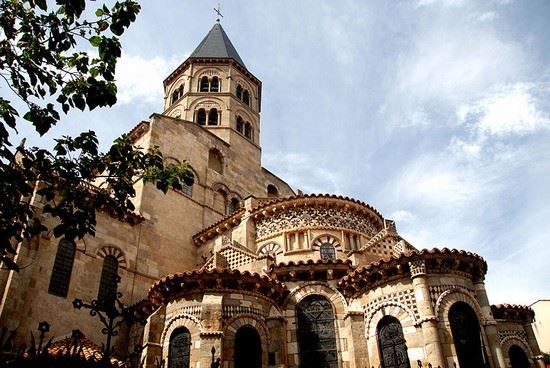 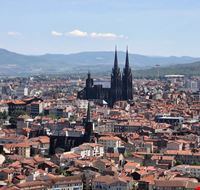 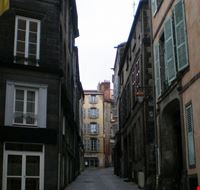 GuidePdfAppDownloadRow-GetPartialView = 0
Clermont-Ferrand is located a little south to the centre of France.  This town of approximately 137,000 inhabitants is nestled between mountain ranges. The city has not retained much of its medieval charm, but the monuments housed here continue to attract visitors.
Summer, which is sunny and pleasant, is the best time to visit Clermont with the average temperature at 25°C. Spring, with an average temperature of 14°C, is also pleasant but slightly chilly. Winters in this area can be quite harsh and cold, with considerable snowfall.
More than 2050 years old, Clermont is one of France’s oldest settlements. Clermont flourished rapidly first under the rule of the Romans and later under that of the Church. In the eighteenth century, it was combined with a neighbouring town called Montferrand to form the city of Clermont-Ferrand.

Overall Guide : Old Town is where most of the prominent monuments can be found. The primary one is the Gothic-style cathedral of Notre-Dame de l’Assomption. Made out of the black lava from the nearby volcanoes, its standout features are the stained glass... more and the rose window. Another building of importance is the church of Notre-Dane-du-Port. Place de Jaude, the main square, is the bustling centre of Clermont with several bars and cafes lining the nearby streets. Visit the Maison de Savaron to sample the local delicacies; it is a Renaissance-style structure with a well laid-out courtyard around it. The area around Clermont has been classified as a regional national park. Of the chain of mountains around Clermont, around 80 are peaks of extinct volcanoes. Puy-de-Dome is the oldest and highest of the volcanoes. It used to be a site of worship in the Roman times. There are shuttle buses available to reach the summit.
IntroReviewListContainer-GetPartialView = 0
AdvValica-GetPartialView = 0
AdvValica-GetPartialView = 0