×
Notice
This website or its third-party tools use cookies, which are necessary to its functioning and required to achieve the purposes illustrated in the cookie policy.
If you want to know more or withdraw your consent to all or some of the cookies, please refer to the cookie policy.
By closing this banner, scrolling this page, clicking a link or continuing to browse otherwise, you agree to the use of cookies.
To accept | Read more
Corinth
The whole website**

City Guide about Corinth with tips and reviews by travelers. 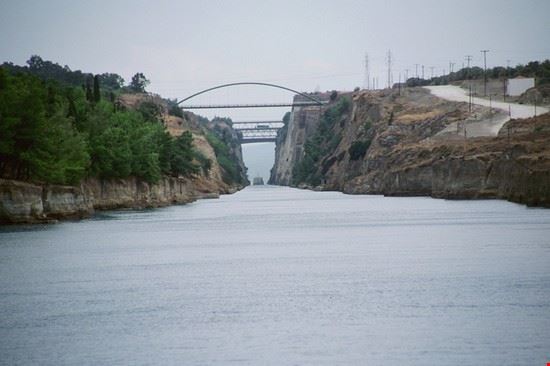 GuidePdfAppDownloadRow-GetPartialView = 0,003003
Corinth is located on the narrow stretch of land joining Peloponnese to the mainland of Greece, which is known as the Isthmus of Corinth. The ancient town was completely destroyed due to an earthquake. The city was then rebuilt on the coast of the Isthmus of Corinth.
With a Mediterranean climate, Corinth has mild or limited rainfall. The temperature, on average, is about 30°C in summers and 0°C in winters.
Corinth has an approximate population of 30,000. In the ancient times, it was the centre for trade and commerce in Greece with a well developed port. Today, the port is still used for trade and the city is a fast growing industrial hub.

Overall Guide : I have been many times in Corinth and ejoyed it very much. I just recommanded it last night to someone. Can't get enough of watching the Street of Corinth, and made many photos! I can only advice everyone... GO!! Enjoy... more it!! Lots of succes!! Marianne Kraaijeveld, Crete, Greece.
IntroReviewListContainer-GetPartialView = 0,0100098