City Guide about Nafplio with tips and reviews by travelers. 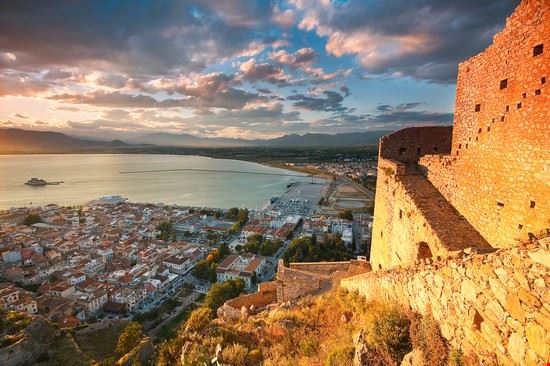 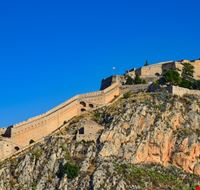 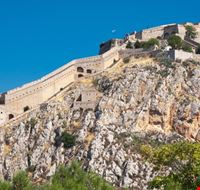 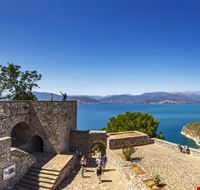 GuidePdfAppDownloadRow-GetPartialView = 0
Nafplio is a town in the Peloponnese region of Greece. It was the capital of Greece from 1829 to 1834. Nafplio is also the capital of the prefecture of Argolis and the province of Nafplio.
Located in the north-east Peloponnese on the Argolic Gulf, most of the old city is situated on the peninsula jutting out. The peninsula forms a naturally protected bay which is improved by the man-made moles.
The town has a typically Mediterranean Climate characterised by hot, dry summers and mild, wet winters. The temperatures seldom fall below 8°C or rise beyond 30°C.
The rains generally fall between the months of October and March.
The population of the town is approximately 11,900 people. The main occupation of the inhabitants is tourism, though fishing and transport are also very important.

Overall Guide : quiet peaceful serene amazing views from the top of Palamidi worth the 1000 steps even in the heat of summer. Quaint winding cobblestone streets lined with flowers, vines, boutiques, museums, bookstores, inns, restaurants and a gelato/ice cream shop.