City Guide about Lucca with tips and reviews by travelers. 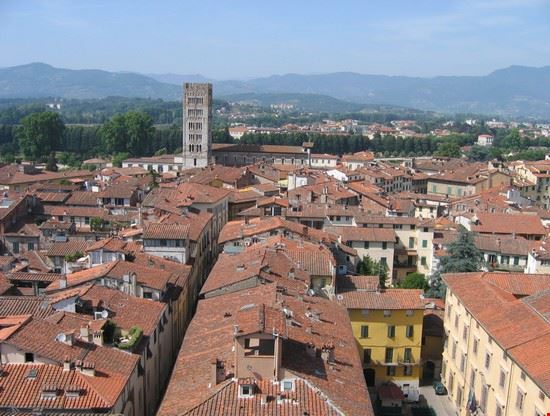 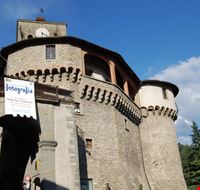 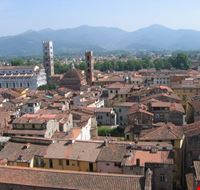 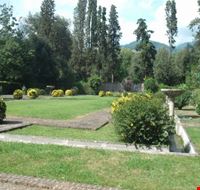 GuidePdfAppDownloadRow-GetPartialView = 0
Lucca, capital city of Lucca province, is located in Tuscany, in the northern part of central Italy. Situated on the Serchio River, Lucca lies near the Tyrrhenian Sea. With a population of around 85,900 inhabitants, it is one of Italy’s finest tourist spots.
The city of Lucca enjoys an ideal temperate climate, characterised by freezing temperatures during the winter season. The best time to visit the city is during spring and autumn.
Founded by the Etruscans, the city of Lucca became a Roman colony in 180 BC. The city soon became famous through its silk trade. During the eleventh century, it became the capital of Tuscany.
The source of economy in Lucca is based on its flourishing tourism industry.

Overall Guide : Lucca, with its towers, medieval churches and other historic sites, is one of Italy’s finest tourist centres, attracting visitors from all over the world. The city also houses a number of important medieval churches. Some of the most popular ones being... more the Church of San Francesco, Cathedral of San Martino, Church of San Michele and Church of SS. Giovanni and Reparata. The Cathedral houses the important Museum of the Cathedral, which consists of a tower house, a sixteenth century church, and a building.   The city and its surroundings house more than 300 villas which include the Villa Oliva and the Villa Grabau. The city is also home to a number of natural reserves like the Apuan Regional Park and Orecchiella Natural Reserve. The city hosts a number of annual events and festivals celebrated throughout the city. Some of the popular events are the Lucca Summer Festival, Puccini Opera Festival and Palio de San Paolino.

Overall Guide : Located in the foothills of Apuan Alps Lucca is a Charming city politically based under Tuscany region in Western Italy. Known for its exciting City walls of Renaissance age this place was founded by Etruscans. It’s a well-developed city with... more all the amenities. If you are on vacation then you can visit the historical sites which were built during the medieval era and can experience the history of this particular region. One can have delectable multi continental cuisine served by variety of eating joint. As it is located near to the sea which makes it a favorable tourist’s destination during the month of summers. It also holds a Cathedral famously known as Cathedral of Saint Martin which is visited by many people. There’s a City park which is well used for the purpose of recreational activities organized by city officials for local population as well as for tourists too. As an additional benefit it offers you peace which is very much important in one’s life.
Not to be missed Basilica of San Frediano , Piazza dell'Anfiteatro , Guinigi Tower

Overall Guide : Great place to live the 'Italian dream'. Safe & secure not just because it is surrounded by walls this year the celebrate the 500 anniversary of the walls. Julius Ceasar built the amfiteatro and this has been incorporated into shops... more and homes but walking around the outside you can still see the arches and gateways. It has easy transport to other parts and plenty to do in the winter months. Not to mention friendly people and wonderful food and wine and the best olive oil.
Not to be missed Puccini and Verdi concerts daily , San Frediano , Volte Santo
IntroReviewListContainer-GetPartialView = 0
AdvValica-GetPartialView = 0
AdvValica-GetPartialView = 0