City Guide about Matera with tips and reviews by travelers. 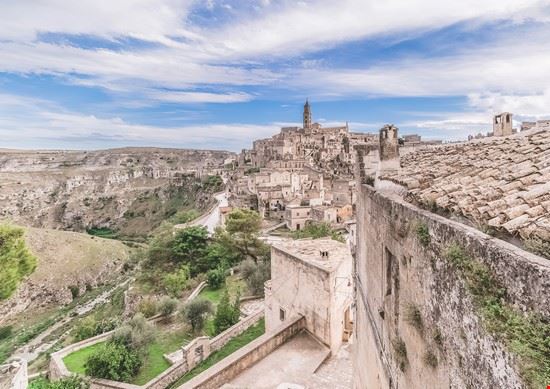 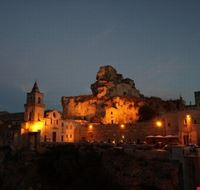 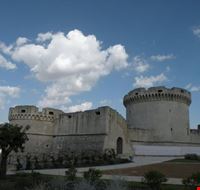 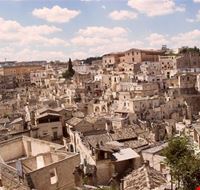 GuidePdfAppDownloadRow-GetPartialView = 0
Matera is a World Heritage Site and a city in Basilicata, Italy. Located on a picturesque rocky gorge, it has a population of about 58,000 inhabitants. Matera is a perfect blend of cultural traditions and modern civilization and is famous for caves called Sassi.
The climate of Matera is highly variable with the summers and winters ranging from moderate to extreme. Rainfall is also highly irregular and appears in short showers. The best time to visit the city is in the months of May and July.
Created out of a rocky ravine, Matera’s existence dates back to the Palaeolithic Age. Founded by the Romans, it was considered as a poor city till the eighties. However, recent development has made the city tourism-oriented; it is also a favoured spot for shooting feature films. Agriculture and furniture are the other dominant industries.

Overall Guide : Sassi is the most historic site in Matera, which consists of various grottos carved from limestone. The caves have been modified for the tourists and depict the conditions in which the people of the city lived. The Madonna Della Bruna... more Festival is an annual festival which celebrates the life of Madonna Della Bruna, an important figure in the town’s history. The day commences with several parades and processions in the patron’s honour. The highlight of the event is an elaborate fireworks display. An important and popular monument is the cathedral built in the Apulian-Romanesque style of architecture. The church consists of a tall bell tower with a prominent statue of Maria della Bruna and a decorative interior of rose windows and elegant columns. The New Wine and Oil Festival features different varieties of wines and olive oils which are made locally. Visitors can browse through the collection as well as buy the specialties.
IntroReviewListContainer-GetPartialView = 0,0156262
AdvValica-GetPartialView = 0
AdvValica-GetPartialView = 0