City Guide about Meran with tips and reviews by travelers. 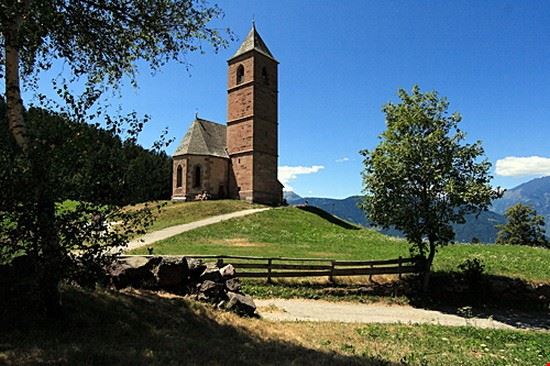 GuidePdfAppDownloadRow-GetPartialView = 0
Meran is the German name for the town; Merano is the Italian name, I came to know the time I visited this place. The official name of the municipality is Stadtgemeinde Meran in German and Comune di Merano in Italian (both are in official use), and this is what the tourism department said us. If I have to say something about the city then I would say that with its blossoming avenues soothing birdsongs feels like you are having a journey into a valley long praised for its sun-drenched climate, this touchingly pretty town was once the capital city of Tyrolean where 19th-century Mitteleuropeans used to come to regenerate their war exhausted body with grape treatments. The Habsburg -era spa was one of the significant destination of the city, it reveals that once it was a royal destination of rulers of the region. The villas, recovering walks and the outstanding riverside ‘Kurhaus’ the buildings for people who resort to water springs are absolutely stunning. The city's beneficial traditions have provided a boom to the tourism of the city with spa hotels luring a new generation of health-conscious visitors in and around the valley for organic healthcares. The hotel where I stayed has a innovative cube of glass and there is a beautiful spa, The Merano Thermal Baths, which revolves around this cube, the spa was recently modernised . There are incredible 13 indoor and 12 outdoor pools together with a saltwater pool with underwater music, the authentic thermal water of the city can be found only in few of them. We were given a wide range on the offers in the spa including multiday detox packages, they entice you with options to get soaked-up with an sheep’s-woo, honey, wine etc. The spa compound also houses a restaurant from there you can also mesmerize the beauty of surrounding mountains. Here they mostly speak German, sausage and beer shops keep the street alive and an once a year open-air play rejoices Napoleonic-era Tyrolean freedom fighter Andreas Hofer. Among the town's landmarks are the Museum of Tourism, which depicts the historical development of tourism in the territory, and there are few hang out Gardens of Trauttmansdorff Castle, a botanical garden. Also a famous site is stone bridge across the Passer and the traditional Ortenstein tower, usually called Pulverturm which means powder tower and we also went to the the theatre Stadttheater Meran. The area is well known for its wines, both white and red, and wineries extend right into the town. The local wine, we bought a light red in color wine which taste awesome Meraner Leiten. There are also wide-ranging plantations, and apples are exported throughout Europe. The Forst brewery on the authority of the town produces a popular range of beers, sold throughout northern Italy. Meran is a popular tourist destination especially for Germans and Italians. In summer there are concerts on the walkway almost daily, and there are fine walks round the town and in the nearby hills. I would recommend visiting this place to those who seek for peace within the natural environment.