City Guide about Montepulciano with tips and reviews by travelers. 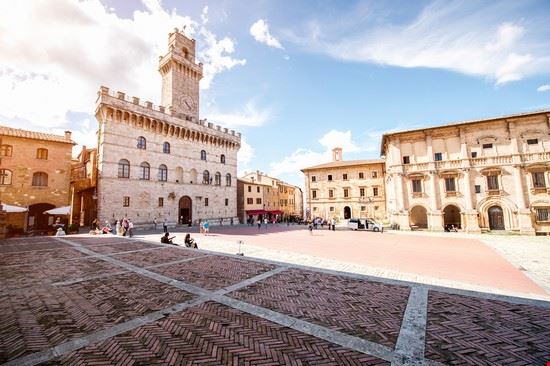 GuidePdfAppDownloadRow-GetPartialView = 0
Montepulciano, a town in the province of Siena, is located in southern Tuscany, Italy. Surrounded by architectural works by Antonio de Sangallo, the city is a renaissance town. The town of Montepulciano has a total population of around 14,000 inhabitants.

Montepulciano has a temperate climate, characterised by freezing temperatures during the winter season. The best time to visit the city is during the spring and the autumn months.
An ancient Etruscan city of Nocera Alfaterna, Montepulciano made an alliance with the Roman Empire against the Samnites. During the Middle Ages, the town came under the control of Florence, but was later conquered by Siena.
Tourism and agriculture account for a large portion of the economy of Montepulciano. The town is a major producer of wine, especially the renowned ‘Nobile’ wine.