×
Notice
This website or its third-party tools use cookies, which are necessary to its functioning and required to achieve the purposes illustrated in the cookie policy.
If you want to know more or withdraw your consent to all or some of the cookies, please refer to the cookie policy.
By closing this banner, scrolling this page, clicking a link or continuing to browse otherwise, you agree to the use of cookies.
To accept | Read more
Otranto
The whole website**

City Guide about Otranto with tips and reviews by travelers. 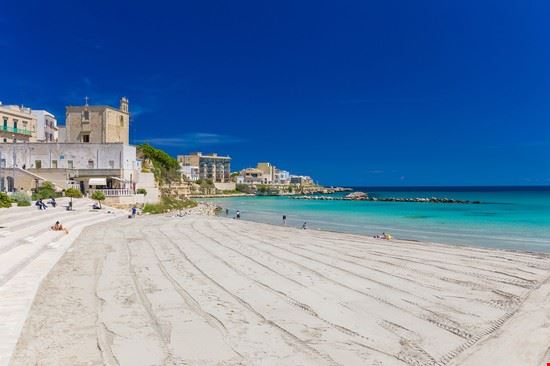 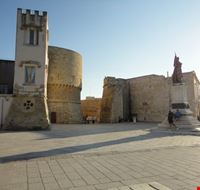 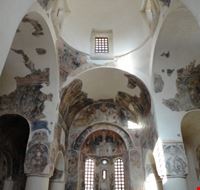 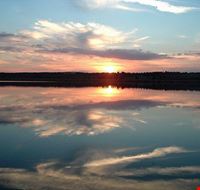 GuidePdfAppDownloadRow-GetPartialView = 0,0030017
In Italy, in the province of Lecce, lies a town Otranto. Otranto is a very rich land of minerals and is very fertile, located at east coast of Salento peninsula. The name of Otranto came into existence which ties Adriatic Sea with the Lonian Sea and then it splits Italy from Albania. The Otranto is a small harbor and has very little occupation. Faro Della Palascìa, a light house, is located around 5 km southeast of Otranto, is a very highly populated area and, along with it is a house of an immensely fertile soil. Being a very small place or a harbor, it has some of very beautiful tourist attractions. Some of the places to name are; The Castello Aragones, the catacombs of Torre Pinta, The church of San Pietro, with Byzantine frescoes. A small beautiful river that flows which the toponym Otranto stems from is called Idro. It is a real sight to visit and spend your time. Being located along the beautiful Adriatic Coastal track which hosts the mirror image water. The water feels like the heap of diamonds are kept together to form the water. It could be said as the get set go of Otranto. Otranto today has become the golden place for the tourists who are very fond of arts and architectural gems and stones. One can start the visit to the place with the tourist attracted seafront area. From here, u can pass through the old suburb through a portal. Here one could have the privilege to dine, giving you a rich panoramic view just over the bay. U could also visit the Cathedral almost proximately, the place guard’s mosaic flooring in its interior, potraying the tree of life, and it was a work done by a monk named Pantaleone. The other attractions of Ortando are the Byzantine Church of Saint Peter. Which dates itself to the 9th century and along with it preserves the Precious Frescoes. The most talked about place to go is the Chapel of the Holy Spirit, also called as the Madonna of Altomare. Here if the locals or the guides are to be believed the Sanctuary of S. Maria of the Martyrs is erected, where 800 harbor people or the citizens of Otranto were beheaded by the Turks in 1480, one of the most brutal blood bath killing that took place in the town. Once Otranto used to be one of the Italy’s main ports to the East, and remained as the crucial port for more than 1000 years, but the place has a very brutal and a sad history. But keeping the pain and the past aside one has various sights to visit. The place is surrounded by apologetic walls, which gives a real sense and the feel of the past as well as indicated very clear history. The main of Otrando is the most populated area which consists of decent restaurants; bars and well to shop are filled with souvenir shops. The place has lively holiday scenes in the summers. The North of Otranto laid beaches of Laghi Alimini and Baia dei Turchi also consisting of some large lakes nearby to the sea.

Overall Guide : The sea is beautiful, the rock and sand is only a few kilometres away, the historic centre is well maintained and full of places to visit. There are restaurants with an excellent quality to price ratio. You can get to... more other places like Castro, Santa Cesarea Terme and Santa Maria di Leuca by car or by public transport.

Overall Guide : There are festivals and celebrations, in particular Santa Domenica (Holy Sunday) July 6 in Scorrano, the Zia Fernanda restaurant, the panorama from Otranto-Santa Cesarea Terme, the bay of the Turks, the botanical gardens in Giuggianello, a boat trip from Otranto... more to Santa Maria di Leuca.
IntroReviewListContainer-GetPartialView = 0,0120111