City Guide about Reggio Emilia with tips and reviews by travelers. 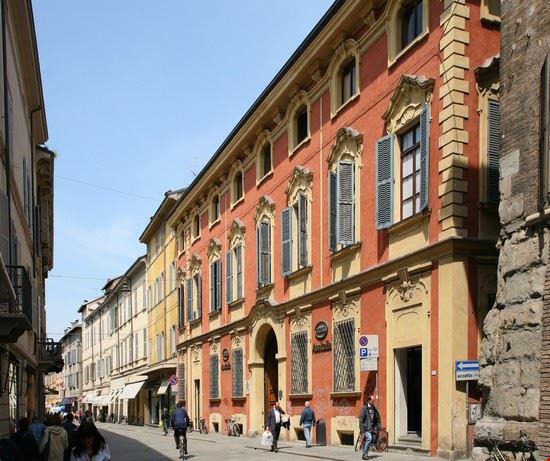 GuidePdfAppDownloadRow-GetPartialView = 0
Reggio Emilia is an affluent city of northern Italy and is situated in the Emilia-Romagna region. It has almost 167,013 inhabitants. The city is the main municipality of the Province of Regiio Emilia. The town is also known more by its official name of Reggio nell’Emilia. The inhabitants of the city usually call their town by the simple name of Reggio. In ancient maps, this city was named as Reggio di Lombardia.
The old town has a hexagonal form and derives from the ancient walls and the main buildings are from the 16th-17th centuries.  The city’s territory is entirely on a plain, crossed by the Crostolo stream.  Though not Roman in origin, this city began as a historical site. It was constructed by Marcus Aemilius Lepidus that leads from Piacenza to Rimini in 187 BC. During the Roman age, Regium is cities by Cicero and Festus.
This city became a free commune around the end of 11th century and during the beginning of 12th century. From 1873, the city went through a stage of economic and population growth.  In 1911, the city had 70,000 inhabitants.