×
Notice
This website or its third-party tools use cookies, which are necessary to its functioning and required to achieve the purposes illustrated in the cookie policy.
If you want to know more or withdraw your consent to all or some of the cookies, please refer to the cookie policy.
By closing this banner, scrolling this page, clicking a link or continuing to browse otherwise, you agree to the use of cookies.
To accept | Read more
Rodi Garganico
The whole website**

City Guide about Rodi Garganico with tips and reviews by travelers. 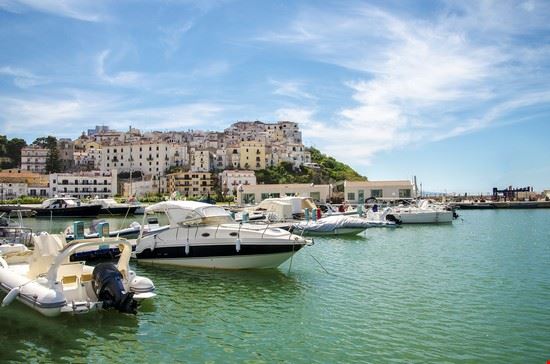 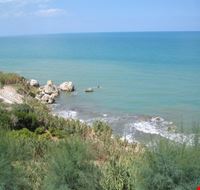 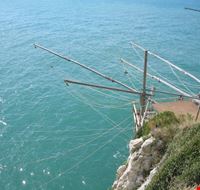 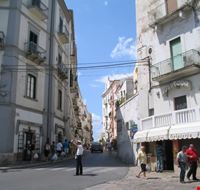 GuidePdfAppDownloadRow-GetPartialView = 0,0020021
This year we visited Rodi Garganico a small unspoilt town with a long stretch of clean sand beaches all along the shoreline of Rodi Garganico, the town is surrounded by orchards. We found a lot many things to explore in this place like many hiking trails, lakes, medieval towns with authentic historic centers, important religious pilgrimage avenues, and traditional food. Among lanes, small squares and typical shops, this pearl of the sea speaks of peace and unfussiness. The highest peak of this town is Monte Sant' Angelo which is at the height of more than 180ft above sea level. The town is full of art & cultural monuments like Castles, Tancredi Museum that shows off a cultural life of ancient city, 13th century frescoes in the Church of Santa Maria Maggiore, and there is an old Sanctuary of Archangel Michael where you can visit the cavern and two museums. Colse to sanctuary one must visit a traditional eating place la Caravella Ristorante on Via Reale Basilica, famous for the serving of the dish that Arthur Miller ate in 1948, it is said that Mr. Miller ate at this restaurant and described that meal in one of his stories named as Monte Sant' Angelo. There are remains of castle in surrounding area with many small pathways. Outside the castle you can find few exotic restaurants like il Trappeto Cantina: food here is traditionally cooked in old olive oil, Bars, one we went is Pasticiera Pizzicato, offering pastries, coffee. You will find many well maintained resorts where you can rest and enjoy the tranquility of the Island in summer, with beautiful sea views & the scenery is full of lemon and orange orchards. There are most famous caves in this coast like La Grotta Campana (The Cave Bell): 47 meters high, it is a wonderful natural pearl, you will be astonished to see the walls in the shape of a bell. La Grotta delle Rondini known as The Cave of Swallows: walls of the swallows, with their sweet and delicate piece artworks have been painted with fine carvings of ancient people’s playful and twisted voyages. These caves were once home for the earlier civilization in all seasons of the year. Padre Pio Sanctuary in San Giovanni Rotondo is a very well-liked pilgrimage site. We saw the tomb of Padre Pio ina museum and later visited the new Padre Pio Pilgrimage Church designed by Renzo Piano. Foresta Umbra, a national park, is the woody center of the peninsula. There are many hiking tracks and a small visitor center. In summer it is awesome place to get away the heat. We dined at at Fausta Munno's agriturismo, where we were served local food products including homemade pasta . At last I would say this place is a paradise for those who love the silence of nature, being just by the sea.