City Guide about Viterbo with tips and reviews by travelers. 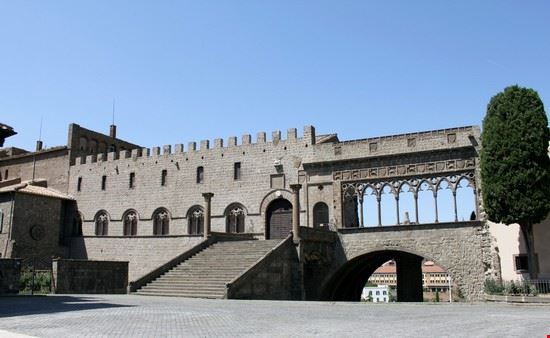 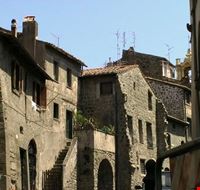 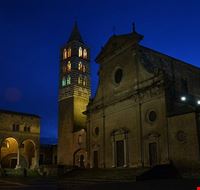 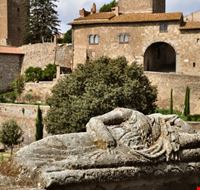 GuidePdfAppDownloadRow-GetPartialView = 0
Viterbo is an ancient city and commune in the Lazio region of central Italy. It is also the capital of the province of Viterbo. It is almost 100 kilometers to the north of Rome on the Via Cassia. It is surrounded by the Monti Cimini and Monti Volsini.  The historic center of the city is well surrounded by the medieval walls and this is still intact. These places were built in the 11th and the 12 the century. The entrance to the walled center of the city is through the ancient gates.
The main resources of the city are marble, wood, pottery and agriculture. There are also Italian gold reserves and an important Academy of Fine Arts and these are located in a wide thermal area. These facilities attract lots of tourist from the whole central part of Italy.
Viterbo is very ancient and its precise origin is unknown. It became a part of Italy in 1871. The population of the city is 60,000 in central Italy and is approximately 65 miles to the north of Rome.

Overall Guide : The historic center is worth visiting as it is known as the best preserved medieval towns in central Italy. There are many old buildings and specially churches which are built on top of ancient ruins. They are recognized by their... more 50 centimeters to the side and large stones. One of the main attractions of Viterbo is the Papal Palace, which served as a country residence. The columns of the palace are actually spolia from a Roman temple. There is the Cathedral of S.Lorenzo. It was built in Romansque style by Lombard on top of a temple of Hercules. It was rebuilt many times from the sixteenth century and heavily damaged by the Allied bombs in 1944. Other monuments include the Palazzo Comunale. The Romanesque Chiesa del Gesu, the Rocca and many more historic monuments.There is also the city museum which is known by the name Museo Civico and houses lots of archeological specimens from the pre-historical period to Roman times. There is also a gallery with unique paintings.

Overall Guide : A very beautiful city. Great monument (especially pope palace, museo duomo, medieval quarters) and low cost restaurant and entertainment. Especially in may, july and september there are important events. The most famous is Macchina di S.Rosa in 3rd september. I... more have had a real google time there!
Not to be missed Pope palace and Museo Duomo , Museo Facchini S. rosa , S. Pellegrino