City Guide about Rome with tips and reviews by travelers. 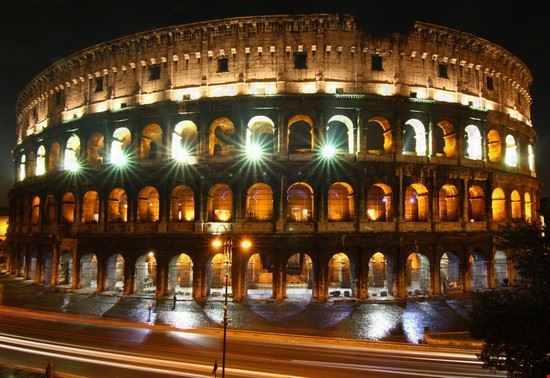 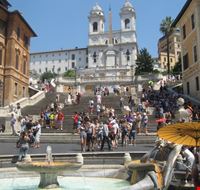 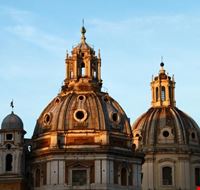 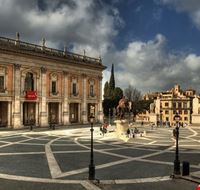 GuidePdfAppDownloadRow-GetPartialView = 0
Rome, also known as the Eternal City, is the wonderful capital city of Italy and of its Latium region. It is located on the Tiber and Aniene rivers, on the Tiber River, in the central part of the country near the Tyrrhenian Sea and is blessed by a great Mediterranean climate. The Vatican City, recognized as an independent state by the Italian government since 1929, is the seat of the Roman Catholic Church and the home of the Pope.
Rome’s history is incredibly long (about 2800 years!) and really unique: for long time the city has been the most powerful and glorious one in the western world. According to the legend, everything started in 753 BC, when the city was founded on the Palatine Hill by Romulus, the first of seven kings which ruled Rome until 509 BC. Two of the last three kings were said to be Etruscan.
Around 510 BC, Rome became a Republic and it started an incredible expansion. By the end of the Republic the city was the only leader of a large empire dominating the whole of the Mediterranean.
After the civil wars of the 1st century BC., Julius Caesar became dictator and instituted a series of reforms: it was the end of the republic. However, the grandeur of Rome increased under Caesar Augustus (the first emperor ) and his successors.
Starting from the early 3rd century, matters changed: Rome formally remained capital of the empire but emperors spent less and less time there. In 330, Constantine established a second capital at Constantinople and even the later western emperors ruled from Milan or Ravenna, not Rome. This dark period got worse in 410 and 455 when Rome was sacked and profaned by invading Germanic tribes. Attempts were made to preserve the physical plant of the city in the face of growing chaos, but occupation by the Ostrogoths in the 6th century, subsequent Byzantine reoccupation, and concomitant destruction all contributed to a precipitous decline. The only social force remaining after the fall of the Roman Empire of the West was the Christian Church. Rome soon became the capital of the catholic world, and this would be the importance of Rome for more than a thousand years to come.
The city's fortunes began to improve in the 11th century and after the middle of the 15th century the city became a centre of Renaissance culture and it lived tranquil times until the Napoleonic wars of the early 19th century. With the Napoleonic wars, the Pope was expelled, but he returned with the restoration after the war.
In 1871 Rome became the capital of united Italy. A great growth followed: whole new quarters were constructed and by the beginning of the 20th century the entire area within the ancient walls had been built up. High embankments were built along the Tiber to prevent floods, and most of the city was extensively modernized.
When the fascists, under Benito Mussolini’s guide, took over power in 1921, many additions and adaptations where made to Rome. As the discussed creation of the Via dei Fori Imperiali in front of the Vatican (for the construction of which a large part of the old Borgo neighbourhood was destroyed) and the founding of new quarters as the "Esposizione Universale di Roma simply known as Eur.
During the Second World War Rome suffered some heavy bombings and on June 4, 1944 it fell to the Allies.
Today, Rome is not only the charming capital of Italy and its political heart but, as the seat of the Roman Catholic church and the headquarters of major international agencies and multinational corporations, a modern city that has assumed a place of worldwide importance.
Thanks to its incredibly rich heritage of archaeological and artistic treasures, the Eternal City is without any doubts one of the most popular and famous tourist destinations in the whole world, too. Every year thousands of tourists visit Rome and many of them live a piece of their heart in it.

Overall Guide : Rome is historically magnificent and has much to do for those who seek city holidays. If you are into food and wine there is a lot of varied experiences that will entice you to literally spend numerous days just trying... more new restaurants. However, make sure to visit Vatican City, the Parthenon and of course places like the Colosseum and Forum. These sites will not only remind you of the cultural significance of this bustling city, but if you are a film fanatic, La Boca (the mouth of truth) and of course The Trevi Fountain will remind you of numerous films you may have appreciated. Ask knowledgeable hotel staff to help plan trips and recommend places to eat, but don't be scared to use the city's hop on - hop off busses as well. These give a great tourist view and easy access to many sites.

Overall Guide : You will walk a ton! Very fun place, very amazing. The Colesseum is a must go to place, obviously. If you can, get a tour guide because it helps to have someone tell you about. I only wish I could... more have gone in the lower passageways. If you can that is really cool. Number one thing is to find a hotel that is central to everything worth notice in Rome. Unless you want to get no exercise, and take transportation everywhere. But really, you're supposed to walk in Europe. That way, you don't miss anything.
Not to be missed Colosseo , Pantheon , Spanish Steps

Overall Guide : It's Rome!!! What more can be said. There are so many famous and historical sites to see and visit it is hard to list or prioritize. From the Spanish Steps and Trevi Fountain to the Vatican and the Coliseum. Churches,... more galleries and museums galore. It's very easy to get around the city and you will find the Roman people for the most part are friendly and hospitable. Take the time to plan your days ahead of time to maximize the attractions you wish to see.

Overall Guide : Rome is a city with history, culture. wonderful city in Europe to tour the way you want mostly walking. It was nice to see Colosseum, Trevie fountain, Victor Emanuel monument, Spagna, the ruins of old Rome and Trojan column, Forum,... more the baths and incredible St Peters Basilica and Vatican museum and Sistine chapel, walking along the river Tiber was an experience. Best tip: arrive at Rome airport and reach your hotel near Termini train station either by Leonardo express or terravision bus and back in the same way. No taxi or bus during the stay (4- 5 days), all by walking to out Rome is a wonderful experience.
Not to be missed Ancient Rome History walk , Colosseo , St Peter's Basilica

Overall Guide : Great monuments. It's a magic place. I have lived tehre for 10 years and loved Rome, been exasperated by the traffic and lack of transport and no parking but there is just a wonderful feeling when you walk along the... more windy back streets breathing in the smell of coffee or you follow a crowd of people to Sant Eustachio because you have been told that you can't leave Rome without tasting that coffee. 511 churches and I had the dubious pleasure of visiting them all with my sister who was studying Fine Arts. Santa Maria della Vittoria with Bernin's, Saint Theresa in Ecstasy, San Francesco della Ripa with Bernin's Blessed Ludovica.
Not to be missed Roman Forum and colesseum , Pantheon , Campo de' Fiori

Overall Guide : A place jammed packed with history, every corner turned brings a new experience. The "Hop on Hop Off" bus is a great way to get araound & see all the major attractions. Taxis are reasonably priced. Downside for powered transport... more is the small streets and traffic congestion but there is so much to see on foot that is always close by.
Not to be missed St Peter's Basilica , Colosseo , Spanish Steps

Overall Guide : Wonderful place, historical, well connected & well kept. Would like to visit again. Group passes for Public transport are cheap & useful. Flowing water from any fountain is potable so do not waste money on bottled water anywhere in Rome. Use... more toilets of any nearby cafe or restaurant free of charge, none can refuse else u can report to the authorities. Keep sufficient number of days to visit Rome, after all, it wasn't built in a day.

Overall Guide : Vatican museum with the sistine chapel and s.peter basilica, Coloseum, tha appian way and the catacombs, the Pantheon, Navona square,spanish steps, people square,S.maria del popolo, minerva's square, lunch in the tipical roman trattoria or osteria. All this is going to... more be possible in a day only if you have a personal tour guide with you. Ciao
Not to be missed Vatican Museums , Colosseum , Catacombs of St. Sebastian

Overall Guide : Forum, Colloseum, Pantheon, Baths of Caracalla, Vatican, Spanish steps, Trevi fountain... there is so much to see in Rome, everytime you turn a corner there is something else which shows how much history there is in rome. I went for... more 3 nights and raced around to try and fit everything in. Wished I'd gone for at least 5 nights, would love to return again in the future.
Not to be missed Baths of Caracalla , Pantheon
IntroReviewListContainer-GetPartialView = 0
AdvValica-GetPartialView = 0
AdvValica-GetPartialView = 0