City Guide about Akumal with tips and reviews by travelers. 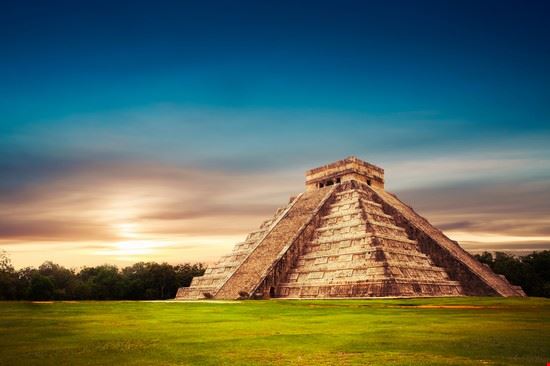 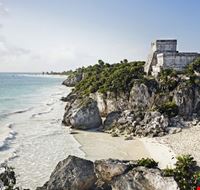 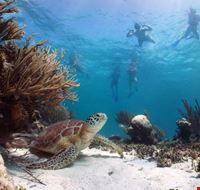 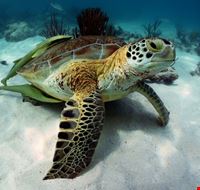 GuidePdfAppDownloadRow-GetPartialView = 0
Akumal, a small resort town, is situated in the state of Quintana Roo, in Mexico. Located between the towns of Playa del Carmen and Tulum, Akumal lies to the south of Cancun. With a population of around 1,190 inhabitants, the beachfront resort town is a popular tourist location.
The town has an ideal tropical climate, characterised by hot and humid temperatures. The monsoon season extends from June to August. March and April are the driest months and the hurricane season lasts from June to October.
Officially found in 1958 by Pablo Bush Romero, the town developed as a scuba divers community. Situated amidst the Riviera Maya, Akumal was the first resort on the Riviera. Tourism is the most important money-earning sector in Akumal. Fishing is also widely practiced throughout the area.

Overall Guide : Akumal is laid back and more private than other areas on the Caribbean coast. Great scuba diving, snorkeling and fishing on a tropical fish filled reef. Location is great base for exploring Mayan ruins, beautiful beaches and jungle adventures. Car... more is recommended, but bikes and golf carts are alternative transportation. Villas and a number of low-rise condos are available to rent. A handful of good restaurants are within walking distance. Two of the best thatched-roof beach bars are the meetup destinations. Nightlife is sparse, but only 30 minutes drive to Puerto Avanturas, Playa del Carmen or Tulum for wilder entertainment.
Not to be missed swim with turtles , dive or snorkel cenotes , summer bill fishing

Overall Guide : Akumal is the best place I've ever visited. I plan on going again soon!And it has a lot of national sites.I recommend going there every break with your family or friends. I also got to swim with turtles, and dive... more and snorkel. My summer was unforgetable!
Not to be missed Resorts , Restaurants , swim with turtles
IntroReviewListContainer-GetPartialView = 0