City Guide about Subic Bay with tips and reviews by travelers. 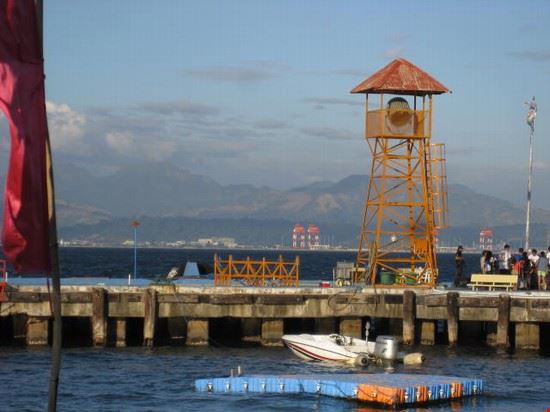 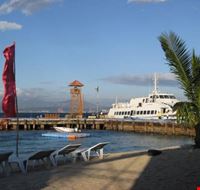 GuidePdfAppDownloadRow-GetPartialView = 0
Subic Bay is located on the island of Luzon in the Philippines. It is 110 km north-west of the capital city of Manila and is situated north-west of the Bataan Peninsula (separating Subic and Manila) and south of the Zambales Province.
The industrial city of Clark is located near Subic Bay. It is connected to the city by the Subic-Clark Expressway. You can access Subic Bay by road or by sea (take a boat from Manila Port to Orion and board a bus for Subic).
The city has a tropical climate with average temperatures being around 26°C. The monsoon season is between June and October, while the dry season extends from November to May.
Subic Bay has a population of around 3,000 people. It used to house a major US Navy base but is now an industrial and commercial hub with a huge project called Subic Bay Freeport Zone.

Overall Guide : Even though Subic is primarily an economic zone, it has a lot of attractions to lure tourists in search of a relaxing holiday. Begin your Eco Tour of the city by visiting Ocean adventure (the country’s only open-sea marine park),... more Pamulaklakin Nature Park (home to an indigenous Philipino tribe called Aetas) and Tappan Park (the oldest and most symbolic park in the region). Explore Philipino culture at Heroes’ Trail, one of the first outdoor light-and-sound museums in the country with a walk-through of Subic’s history. The Maritime Museum has relics collected from the bay’s sunken wrecks dating back to the early nineteenth century. Other attractions include San Roque Church, the photogenic Inang Laya Monument and Grande Island (which used to be a heavily fortified US Army stronghold and is now a famous resort). You can also go fishing at Alava Pier and Leyte Wharf or learn horse riding at El Kabayo Equestrian Centre.

Overall Guide : If you love the Sun, Grande Island Resort is the best place to go. It's a place where you can splash around in the pool, or head tothe beach for some action-filled activities like banana boat and jetski rides. Get... more to see why the Americans defined it as a defense fort during the 1940s. Learn and discover history of the 'Fort Wint', as it used to be called.
Not to be missed Tappan Park , Grande Island Resort , Maritime Museum

Overall Guide : LOVE IT HERE... THE SAFARI WAS GREAT...

Overall Guide : It is more FUNtastic in Subic. I'm very glad that I got here and check all tourist spots.
IntroReviewListContainer-GetPartialView = 0,0156267