City Guide about Poznan with tips and reviews by travelers. 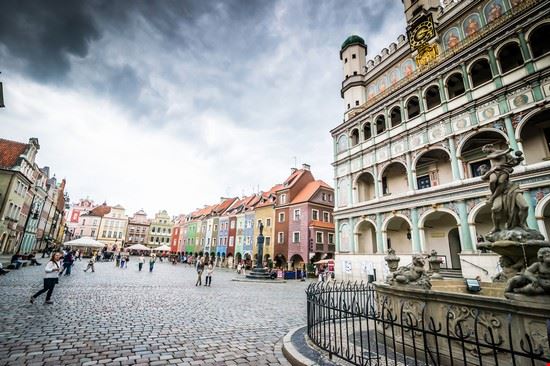 GuidePdfAppDownloadRow-GetPartialView = 0
Poznan is a metropolis on the Warta stream in west-central Poland, the district is now referred as Greater Poland. This urban town mostly is situated on the petite expected islet on Warta stream. The metropolis hosts normal worldwide employment offers. The metropolis also conducts a numeral of rowing planet prize proceedings by the Malta pond like for instance ""ICF Canoe Sprint World championship “to name a few . Stary Rynek is the Old marketplace four-sided figure and its environment is in the center of the most attractive spaces to observe in Poznan. Pólwiejska Avenue is single of the city's countless pedestrianized innermost streets. Poznan's chief pond is commonly called as the Kiekrz pond in the severe north-west of the metropolis. Kiekrz water is to a great extent a second-hand for nautical, while Malta is an aggressively used to boating and waterway purpose. The type of weather experienced in Poznan is continental damp with moderately freezing season and tepid summers. Snowstorm is ordinary during the winter season.
CommonInfoPlaceIntro-GetPartialView = 0
AdvValica-GetPartialView = 0
CommonPluginEuropeAssistence-GetPartialView = 0,0156244

Overall Guide : When you visit Poznan, you will find it as much a business destination as a tourist one. Every year, the International Trade Fairs, which have been held since 1921, attract hordes of businesspeople from all over the world. Lake Malta,... more which flows through the heart of the city, delights tourists with its regatta course as does the Malta Ski Centre with its white slopes. If you visit in June, you could also witness the exciting Malta International Theatre Festival. Head over to the Old Town Square where the majority of monuments and museums are located. The Museum of Musical Instruments and the Poznan City History Museum provides a taste of Polish culture. Also visit the imposing Gothic Cathedral and the Prussian Castle. When in town, sample specialities like Plendze (potato pancakes with sugar or jam) and Pyry with gzik (un-skinned potatoes, cream, onions and cottage cheese called gzik).

Overall Guide : Poznan is one of the major cities of western Poland. It is located on the banks of the Warta River and is the capital of Wielkopolska Voivodeship. The main feature of the landscape is the Morasko Meteor Reserve which is... more famous for the seven craters that were formed as a result of a meteor crash nearly 5,000 years ago. The city is a major railroad junction and is situated on the large Paris-Moscow route. There are comfortable intercity trains to Warsaw, Berlin and Germany. The temperate climate results in warm summer temperatures of 17°C in July and cold winters temperatures falling below –1°C in January. With a population of nearly 600,000 people, Poznan is a chief business district owing to its annual trade fairs. The main industries here are food processing and manufacturing.
IntroReviewListContainer-GetPartialView = 0,0156249
AdvValica-GetPartialView = 0
AdvValica-GetPartialView = 0