City Guide about Singapore with tips and reviews by travelers. 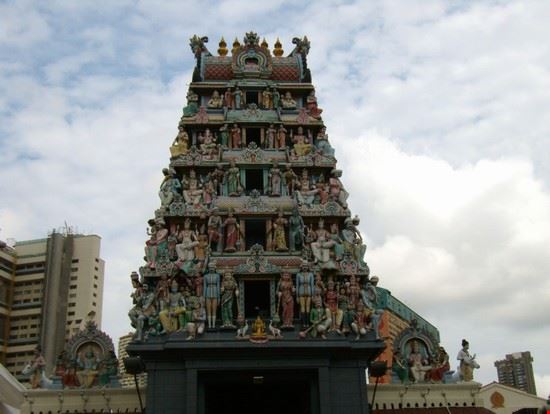 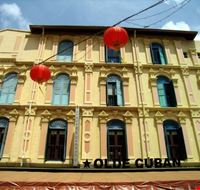 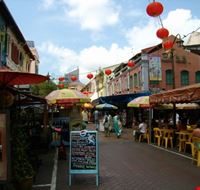 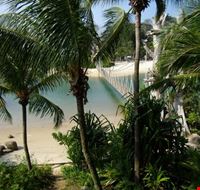 GuidePdfAppDownloadRow-GetPartialView = 0,0156262
The island city-state of Singapore is situated in Southeast Asia on the southern tip of Malay Peninsula. The capital city covers about a third of the area of the main island.
The name Singapore comes from Malay Singapora, “Lion-city,” but it is possible that one element of its name had a more distant original source.
Singapore has seen many rulers in its history. It has initially been an outpost of the ancient Sumatran Srivijaya empire. In the 15th and 16th century it was part of the Sultanate of Johore and in 1617 it was burned down by Portuguese forces. In the beginning of the 19th century Singapore became a trade post and settlement of the British East India Company and some years later a British crown colony. Singapore joined the Federation of Malaysia when it was formed in 1963, but separated to become an independent state on Aug. 9, 1965.
At present, Singapore is one the most densely populated independent country in the world and is full with folkloric festivals, beautiful temples, domed mosques and architectural churches. The majority of inhabitants are Chinese, with a large number of Malays and Indians. Other ethnic groups constitute only 1% of Singapore’s population.

Overall Guide : Singapore has a good number of museums: the Singapore History Museum, the Arts Museum, the Philately Museum and the Asian Civilizations Museum are some of these. The ethnic quarters of Singapore provide a true picture of the cultural... more diversity of Singapore. Little India is a colourful area of shops selling everything from saris to freshly ground spices. Chinatown has quaint shops selling ethnic products, and every corner has the distinctive architecture of decorated temples and buildings. A good range of exotic textiles is available in Arab Street, the heart of the Malay quarter. There are also two beautiful mosques for the areas predominantly Muslim population: the Sultan Mosque and the Jama-at Mosque. Singapore Botanic Gardens spread over 74 acres with a large lake, masses of shrubs and flowers, and many tree species. Big Splash, the longest water slides in Southeast Asia. Sri Mariamman Temple, a Hindu temple featuring numerous decorations and sculptures, including elaborate ceiling frescoes. Year-round festivals also offer tourists the opportunity to enjoy Southeast Asian special arts and cultural events.

Overall Guide : Chinatown is great but also Clarke Quay for restaurants with happy hours. Orchard is for quality upmarket shopping and eateries. Plenty to do in all areas. We go annually & stay at different locations to experience as much as we... more can. Amazing that a smallish place has something new and or different every visit. No touting aloud so one can walk around in peace. Tipping is not expected but Taxi drivers deserve a little extra for their friendly service, most appear to be locals and honorable.
Not to be missed Gardens by the Bay

Overall Guide : A very efficient and clean city, a little sterile, but vastly enjoyable for a few days. Metro system is excellent, and an added bonus to get money back for returning used tickets. The bird park and zoo are good places... more to visit, wasn't over impressed with the night zoo, long queues and I couldn't see anything. Little India has some wonderful, cheap cafe/restaurants, and having a drink down by the quays is a great way to watch the world go by.

Overall Guide : Bring in lot of money/ visa /ATM/other. Come alone or in family, visit Resort world make make /loss money in casino. No chewing gum, no smoking, no eating or drinking in public transport. Be aware if you look suspicious, you... more may be reported by any person of the public, try to look handsome and smiley always. Do never split on the street, do not ask directions from locals they may not help you.
Not to be missed Bukit Timah Nature Reserve , sentosa island , Gardens by the Bay

Overall Guide : It is still a well preferred place to live comparing to other country. We have nice weather and do not have to worry about having earth quake, landslide issues, etc. We have all kind of delicious food from various countries... more here. It is a foods paradise place. Except that you have to keep to the rules and regulations of the country, to keep it clean. We have nice greens all over the country, except that it is a small place.
Not to be missed Night Safari , sentosa island , The gratifying experiences

Overall Guide : Well I like Singapore because there are nice people but some people are mean but they have very good education here and there are nice theme parks and everything and cause Singapore has nice houses pools and very nice animals... more to we have to kitty cats there so cute and adorable. Thanks Singapore :)

Overall Guide : I LOVE SINGAPORE:) SINGAPORE IS AWESOME, so fun :D But things are a big expensive :( i would love it if there were more interesting place:) and more dustbin around in crowded places! There should be a corner where its... more only for dog poos and all! Over all its all okay:) Singapore is awesome!!^^
Not to be missed Singapore Flyer , sentosa island

Overall Guide : It is most beautiful place in the world. There are so many amazing things which attract everyone's heart. If any person ask me about my last wish, then it is Singapore where i want to go. There are so many... more hotels, temples in Singapore. One thing of singapore is that it destroys its culture.