City Guide about Johannesburg with tips and reviews by travelers. 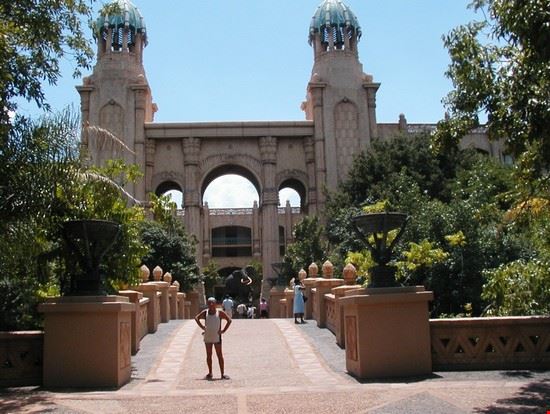 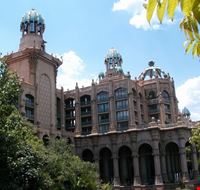 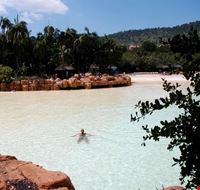 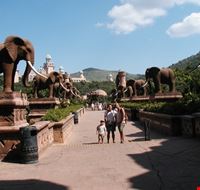 GuidePdfAppDownloadRow-GetPartialView = 0
Home to the 2010 Football World Cup, Johannesburg is one of the world’s youngest cities and is located in South Africa. It is 58 km from Pretoria, the capital of the country.
On an average, Johannesburg receives around 12 hours of sunshine in a day. The average temperature is 25°C in summer and 17°C in winter. Nights are particularly chilly, so make sure to bring along a jacket. Also, watch out for rainstorms and the occasional hail.
Owing to a blend of diverse ethnicities, the people of Johannesburg have a very colourful culture. Johannesburg’s population is 3.2 million; the city is regarded as the continent’s most powerful commercial centre as well as the financial capital of South Africa. The city is one of the few metropolitan areas in the world that is not based next to a major sea or river.

Overall Guide : This vivid city has no shortage of places to visit and things to try out. The Mai Mai Market in Johannesburg is the oldest market in the city, renowned for its offerings of traditional herbs, artefacts, animal skin robes as... more well as a rich presence of ‘healers’ to cure your ills. The Sandton City shopping centre, which houses 290 stores, is a shopper’s paradise. Johannesburg is home to the famed Hillbrow Tower, the tallest structure in Africa, which plays host to festivals like the annual Gay Pride March and the Joburg Jazz Festival.  Culinary delights found in the city are a blend of different cultures and ethnic African groups, especially the Frikkadel (South African meat balls), Boerewors (spicy sausages) or even traditional specialties like crocodile, zebra and eland.

Overall Guide : I don't know Joburg at all, but I started reading a lot about this enigmatic city. The good stories were quickly starting to exceed the bad things that I heard. This boosted my confidence so much that I've recently bought... more property in the city CBD without even seeing the property myself and without any problems with my tenants. Joburg should be marketed more extensively as a safe, vibrant city that people would want to be proud of. It represents the economic powerhouse of AFRICA and should be rgearded as such. I love Joburg.

Overall Guide : Johannesburg is very exciting and multi-faceted. Explore and look streetwise. And do not miss a visit to the city with the pulse: Soweto. It has wonderful treasures over and above struggle stories. The cbd has wonderful architecture and history. It is... more the City of Gold, but the golden information is like the gold, it is not lying around in the street. Make sure you get a professional guide for the architecture and history.
Not to be missed Market Theatre , Shuttle and Tours

Overall Guide : Don't believe it when people tell you not to walk around the the city alone because it's dangerous, especially in the evening .... it's not true ... walk around and enjoy it! It's a wonderful city! And the people are... more really friendly!

Overall Guide : The city transport is marvelous. Food chains are wonderful. I particularly loved 'The Legend of The Spur' and KFC in Sandton. The shopping malls are large and convenient. The Zoo is another exciting place. Move to the nothern part and... more visit not only Sandton city but also The Monte Casino. While in Jo'burg, please spare time and money to travel further north to the world famous Sun City.
Not to be missed Hector Pieterson museum , The Johannesburg zoo , Nelson Mandela Square

Overall Guide : Fabulous and vibe and electric. One of the best cities in the world! Many shopping areas and some of the best restaurants and entertainment in South Africa. Absolute tourist paradise - especially the colourful history makes Johannesburg a must see! Entertainment... more for kids endless and the transport these days make all places easy accessible.
Not to be missed Gold reef city , Hector Pieterson museum , Nelson Mandela Square

Overall Guide : The place is Dirty. Marshalltown is better. But Jo-burges and hawkers need to take pride in their city. Taxi drivers should also respect.
Not to be missed Constitutional Hill and Womens Prison , Apartheid Museum , Gold reef city

Overall Guide : You should definitely visit the fascinating zoo. The legendary Blyde River Canoin, the Apartheid Museum and Lion Park are wonderful places. A really interesting market is the Rooftop Market, it's full of exotic items.